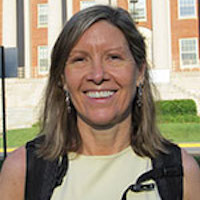 While the link between diabetes and cardiovascular disease risk is clear, there is limited data on the differences in outcomes between men and women.

During the American Heart Association (AHA) 2019 Scientific Sessions in Philadelphia, Theresa Beckie, PhD, University of South Florida, explained the behavioral issues that lead to an increased risk of cardiovascular disease and diabetes for women.

“So, we know that there are challenges that are unique to women and behavior change,” Beckie said. “It's difficult to change bad habits, and many are just not ready to change."

According to Beckie, the link between cardiovascular disease and type 2 diabetes is likely caused by obesity and a lack of awareness. She said only about half of adults with type 2 diabetes understand their increased risk for developing heart disease.

The World Health Organization estimates that the number of people with diabetes between 20-79-years old will increase to 632 million by 2040, with an economic burden that is going to be 61% higher than it was in 2015.

Investigators in a recent meta-analysis of 5 million people found that diabetes is a stronger risk factor for coronary disease, cardiovascular disease, and all-cause mortality in women than it is in men.

Compared to men with diabetes, women with the same condition had a 58% excess risk for coronary heart disease.

While women face an increased risk, they also face discrepancy in both medication adherence and benefits from taking the medication.

“They've also found that women with diabetes or cardiovascular disease are diagnosed later and have a lower frequency of standard therapy, aspirin use, ACE inhibitor, beta blocker use than men,” Beckie said. "But when medication is adhered women do not always benefit to the same extent as men.”

Some of the differences between men and women might be due to the fact that women are underrepresented in clinical trials.

However, progress has been made in this regard in the last decade.

For example, in 2011, the AHA produced the first evidence-based guidelines for prevention of cardiovascular disease in the women, making a point to recognize the pregnancy related complications that lead to downstream heart disease.

Beckie said campaigns like the Go Red for Women campaign have also made an impact in getting women more proactive in their cardiovascular health. She also said many of the cardiovascular guidelines do not differentiate between the 2 sexes.

Overall, Beckie suggested focusing on behaviors patients can change, such as diet, exercise, managing their stress, and not smoking.

She also suggested expanding the limited data in guidelines on sex differences and cardiovascular outcomes.

“So, women remain underrepresented and behavioral trials, we need to develop gender specific interventions,” Beckie said. “Technology may be 1 way that could be useful to expand the reach to women who don't have access.”