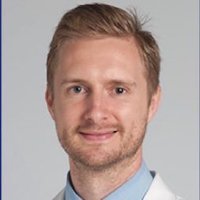 There are many behavioral risk factors that contribute to the development of atrial fibrillation (AF), including tobacco use, alcohol intake, and poor sleeping habits.

During the American Heart Association (AHA) 2019 Scientific Sessions in Philadelphia, Kevin Trulock, MD, a cardiac electrophysiology fellow at the Cleveland Clinic, explained what some of the proven risk factors are and why new clinical trials are necessarily to reduce the risk of patients developing AF, including sleep apnea.

“Across the board the observational data that we do have is consistent in the treatment of sleep apnea is associated with AF outcomes,” Trulock said. “In a study of those undergoing cardioversion for A-fib had in common sleep apnea.”

AF is the most common cardiac arrhythmia worldwide and is linked to increased mortality and morbidity.

While there are successful therapeutic strategies available, they are often linked to higher costs.

However, if modifiable risk factors are properly identified, patients could implement lifestyle changes to reduce the risk of developing AF.

However, Trulock said those treated with CPAP had a reduction in AF occurrence after a year. CPAP was also linked to a lower likelihood of AF progression and development of more permanent forms.

In the same study, investigators looked at randomized clinical trial data of 2700 patients that have established cardiovascular disease and advanced obstructive sleep apnea that were treated with either usual care or vigorous CPAP.

There is also a connection between tobacco use and AF.

In a meta-analysis of 29 observation prospective trials, researchers found that former and current smokers had a higher relative risk of developing AF than never smokers.

“From the same study, these figures show cigarettes per day as well as pack years showing potential dose response association with AF incidents,” Trulock said. “The more you smoke, the more you have smoked is possibly related to a very high risk.”

According to Trulock, smoke is also linked to a greater incidence of pulmonary triggers.

“It's important to know that smoking has been associated with the development of these pulmonary outcomes and outcomes that are not great,” he said.

Trulock also explained the relationship between alcohol use and AF.

He cited a recent study examining 47,000 individuals that discovered a greater association between the amount of alcohol consumed with a greater risk of AF development.

While alcohol and tobacco is linked to AF, Trulock said there is only a weak association between caffeine intake and developing the disease.

“The data does not implicate caffeine as a significant factor, the risk factor for prospective studies on the role of caffeine are lacking,” he said.