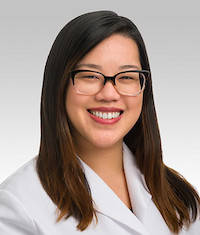 Canagliflozin and other SGLT2 inhibitors could yield big results for a difficult to treat patient populations.

During the American Heart Association (AHA) 2019 Scientific Sessions in Philadelphia, Jennie Lin, MD, Northwestern University Feinberg School of Medicine, explained how the results of the recent CREDENCE study testing canagliflozin in for diabetic kidney disease patients at a risk for a cardiovascular event could yield significant improvements in patient outcomes.

“One of the most exciting things that has happened in nephrology was a positive clinical trial against diabetic cases,” Lin said. “So, this is the first thing since ACE inhibitors and ARVs (antiretroviral) that have us really excited in our field. And this was the publication of the CREDENCE trial for canagliflozin.

“They were very exciting because they do have some positive effects on cardiovascular outcomes that will be discussed later discussion,” she added. “In terms of progression of kidney disease for people at lower risk there was a significantly decreased risk of doubled serum creatinine, initiation of dialysis, or death related to dialysis, and the sustained 40% decline EGFR (estimated glomerular filtration rates) endpoint.”

Recently, during American Society of Nephrology (ASN) Kidney Week in Washington, D.C., Janssen Pharmaceutical Companies of Johnson & Johnson announced the results of the phase III study, showing the consistent renal and cardiovascular benefit in treating patients with moderate to severe renal deficiency with canagliflozin, the only diabetes medicine indicated to slow down the progression of diabetic nephropathy.

The medication also reduces the risk of hospitalization for heart failure in patients with type 2 diabetes and diabetic nephropathy and the investigators found patients with various levels of kidney function or eGFR benefit with a reduced risk of renal and cardiovascular events.

However, SGLT2 inhibitors could become the new standard of care for diabetic kidney disease patients. When SGLT2 receptors are inhibited, excess glucose comes in that does not get reabsorbs, nor does the sodium.

Lin also said there is a second theory as to why SGLT2 inhibitors may be beneficial to this particular patient population.

“This is a concept of SGLT2 inhibitors being beta blockers for the proximal tubule,” she said. The proximal tubule is very mitochondrial rich and there's a lot of energy that goes into reabsorbing and pumping out.”

Lin said in order to understand why this class of drug is effective in this particular patient grouping, the pathophysiology of the disease must be understood.

“So, there are multiple phases of the disease,” she said. “The most critical point is probably what we call a silent phase, which is usually in the first 5 to 10 years of developing diabetes If you are going to progress on to have kidney disease.”

At that point, a patient will have hyper filtration, meaning a lot of fluid built up, which results in a lot of stress and ultimately an increase in kidney size.

Lin also explained what happens in terms of long-term hypoglycemia, where other mechanisms are activated and other organs are damaged and a reduction in eGFR.

However, only a subset of patients ends up developing kidney manifestations, likely due to genetics and epigenetics.

According to Lin, chronic kidney disease could lead to several other comorbid negative outcomes.

Outside of the CREDENCE study, there are other trials in the pipeline testing glp-1 agonists and endothelial-1 receptor antagonists to treat this patient population.

However, Lin explained the study designed for the endothelial-1 receptor antagonist was controversial in terms of enriching for patients that were thought to benefit from the drug class, but also could not have any symptoms of heart failure because of 1 of the side effects of the drug is fluid retention.

Lin predicted in the future there will be more SGLT2 inhibitors prescribed, likely in the primary care setting. She said nephrologists already on board promoting the use of this medication to slow the progression of kidney disease.