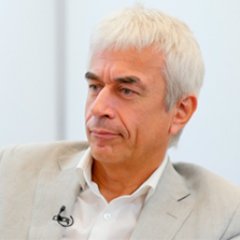 With an apparent lack of information regarding the topic,  investigators conducted the present study in an effort to illustrate risks associated with balloon-expanding and self-expanding transcatheter heart valves. The current study was designed as a prospective analysis using the FRANCE-TAVI registry, which investigators used to evaluate the impact of design on paravalvular regurgitation, intra-hospital mortality, and 2-year mortality using propensity score matching analysis.

From FRANCE-TAVI, a cohort of 12,804 patients who underwent TAVR between 2013 and 2015 were identified for inclusion. After application of exclusion criteria, which included patients referred for a valve-in-valve procedure and patients treated with other valve designs, a group of 12,141 patients were included in the analysis.

Investigators pointed out the specific valves included in the study were the BE-THV SAPIEN-XT or BE-THV SAPIEN 3 valves and the SE-THV Corevalve family.

When assessing the second co-primary endpoint, investigators found self-expanding valves were associated with an increased risk of 2-year all-cause mortality in a propensity-score matched cohort (29.8 versus 26.6, P=0.002). Investigators noted the relation between occurrence of outcome and valve design was consistent across key subgroups, except for delivery approach and year of intervention.

This study, “Balloon-Expandable versus Self-Expandable TAVR on Paravalvular Regurgitation and 2-Year Mortality: A Propensity-Matched Comparison From the FRANCE-TAVI Registry,” was presented by Eric Van Belle, MD, PhD, at AHA 2019.