FUEL: Udenafil Improves Exercise Performance, but Not Peak VO2 in Adolescents With Fontan 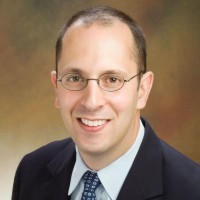 The Fontan operation forges a cavopulmonary connection by diverting venous blood to bypass the heart and flow passively into the pulmonary arteries in patients with forms of congenital heart disease characterized by a functional single ventricle.

But this altered circulation can lead to a breakdown in cardiovascular efficiency over time, which presents as a decline in exercise performance and can lead to increased morbidity and early mortality.

In adolescents who had undergone Fontan, the novel PDE5 inhibitor udenafil has shown in phase 1/2 testing to be associated with the highest average serum concentration, with no dose-limiting adverse events.

In late-breaking results at the American Heart Association (AHA) 2019 Scientific Sessions in Philadelphia, investigators of the Fontan Udenafil Exercise Longitudinal (FUEL) trial report that treatment with 87.5 mg of udenafil twice daily was associated with statistically significant improvements in exercise performance at the ventilatory anaerobic threshold (VAT) in adolescent patients who had undergone Fontan palliation.

The National Heart, Lung, and Blood Institute (NHLBI)-funded Pediatric Heart Network initiated this industry-sponsored randomized, placebo-controlled, double-blinded clinical trial, which randomized 400 participants to either the study drug or placebo at 30 clinical sites in North America and the Republic of Korea.

Baseline characteristics between both groups were well-balanced, with a median age of 15.4 ± 2.0 and 15.6 ± 2.0 in the udenafil and placebo groups, respectively. There was a slightly larger proportion of females in the udenafil group (44% vs 36%). Currently on anticoagulation and fluent in English, Spanish, or Korean were inclusion criteria, while participates who had small body size, significant co-morbidities, current therapy with a pulmonary vasodilator, or who had peak VO2 <50% predicted on a recent clinical exercise test were excluded.

There was an increased risk of headache (35% vs 25%), facial flushing (16% vs 6%), and increased erection (males only: 12% vs 2%) in the udenafil group. An ongoing open-label extension study is evaluating safety of udenafil over a longer time period.

You May Also be Interested in
Most Popular
The Fear of the Coronavirus, and the Reality of the Flu
Machine Learning Model Could Predict Outcomes Following Cardiac Arrest
Ketamine Could Be a Reliable Alternative for Pain Relief, Sedation in ICU
How to Spot a Bad Doctor
Vaping Guidance Aids Respiratory Disease Screening and Care