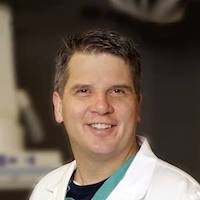 While there is a clear link between atrial fibrillation (AF) and dementia risk, an early diagnosis could give clinicians enough time to reduce that risk.

“I think is critical as we examine that association between atrial fibrillation and brain injuries that we start to include cognitive scoring and subclinical stroke into all of our prospective studies,” he said. “We are missing the broad spectrum of the disease when we only focus on clinical disabling stroke.

“And I think one of the critical issues is that the entry to the brain happens very early, and we only take people that present to our clinic and have the atrial fibrillation diagnosis, looking at markers that are neuron specific.”

Bunch said the specific neurons suggest a disruption right at the brain-blood barrier in people with no history of brain injuries or cognitive dysfunction. All of the markers increase during a first-time diagnosis of atrial fibrillation in these patients.

The treatment strategy should begin very early as the biomarkers attached to the brain injury are seen very early.

“And if you look at the antibodies that are that are linked to disruption of the right blood brain barrier, they're higher in patients with atrial fibrillation and higher even further in patients that go on to develop cognitive dysfunction,” Bunch said, adding that the markers can at least suggest an entry pattern before the disease is detected clinically.”

Bunch explained that anticoagulants could be the answer in treating the disease early and preventing dementia from occurring.

One of the interesting parts of the study, according to Bunch, is that while in the general population women have a higher risk than men in developing dementia, the risk is similar for patients who are already diagnosed with AF.

Looking at patients with AF further, Bunch said the risk association was higher in the younger group of patients.

Novel therapies could be beneficial in reducing the risk of dementia in AF patients.

Other ways to reduce the symptoms of dementia in this patient group is by utilizing adaptive physiology and restoring sinus rhythm, which can impact short-term memory and cognitive function.

Bunch said between 33-50% of people in the UK will ultimately develop dementia or have a stroke.

“So, dementia is an epidemic to our health care system, and trying to understand its risk factors and prevent it maybe 20 years to 30 years before is critical,” Bunch said.