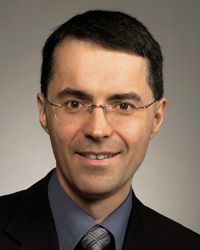 Results of a new study have revealed colchicine, an anti-inflammatory with indications for conditions including gout and pericarditis, lowered rates of major cardiovascular events in patients with a previous history of myocardial infarction(MI).

The Colchicine Cardiovascular Outcomes Trial (COLCOT), which was presented at the American Heart Association (AHA) 2019 Scientific Sessions in Philadelphia, found 0.5 mg colchicine reduced the risk of events by as much as 35% compared to placebo.

“COLCOT exemplifies how to bring innovation in a time- and cost-effective manner to patients by repurposing older drugs,” said Jean-Claude Tardif, MD, director of the Research Center at the Montreal Heart Institute, Professor of Medicine at the University of Montreal, and COLCOT primary investigator. “These data underscore the potential of colchicine as an efficient and critically needed therapy for reducing inflammation post-myocardial infarction to improve patient cardiovascular outcomes."

COLCOT was a randomized, double-blind, placebo-controlled, multinational trial designed to evaluate whether long-term treatment with colchicine could reduce rates of cardiovascular events in patients with a recent MI. The trial included 4745 patients across 167 sites that were randomized in a 1:1 ratio to receive colchicine or placebo therapy.

COLCOT was an event-driven trial with main analyses conducted on an intention-to-treat basis. The calculated sample size for the study was based on the primary endpoint and a hazard ratio of 0.724. The trial had 80% power, based on a two-sided test at a significance level of 0.05, if it continued until 301 positively adjudicated events occurred between the two arms of the study.

For inclusion in the study, adult patients needed to have suffered a MI within the previous 30 days and completed any planned percutaneous revascularization procedures. Investigators conducted follow-up visits with patients at 1 and 3 months post-randomization and every 3 months thereafter. Investigators noted patients also received standard medical care, which could include use of statin therapy.

Results of the trial revealed patients treated with colchicine experienced a 23% reduction in rate of composite primary endpoint compared to patients in the placebo group (5.5% versus 7.1%, respectively). When examining patients who adhered to protocol and took at least 6 months of treatment, the reduction increased to 28% for patients receiving colchicine (5.0% versus 6.9%, respectively).

“In conclusion, colchicine at a low dosage of 0.5 mg per day, significantly reduces the risk of both first and ischemic cardiovascular events by 23% and 34%, respectively, compared to placebo in patients with recent myocardial infarction,” said Tardif, during his presentation at the late-breaking session.

Investigators also pointed out colchicine appears to be generally well-tolerated during the study—with rates of nausea at 1.8% and 1.0% (P=0.02) of patients in the colchicine and placebo groups, respectively. Additionally, pneumonia was reported in 0.9% of colchicine patients and 0.4% in the placebo group (P=0.03).

This study, “The COLchicine Cardiovascular Outcomes Trial (COLCOT),”  was presented by Jean-Claude Tardif, MD at AHA 2019.

You May Also be Interested in
Most Popular
Limited Supply of Chloroquine, Hydroxychloroquine Could Affect COVID-19 Use
Flu Cases Near 30 Million in the US, CDC Reports
Gastrointestinal Issues Could Help Diagnose Coronavirus
Concern Over Sleep Apnea and Coronavirus Transmission
Why Does This Patient Have a Hyperlucent Right Lung and Rib Deformities?