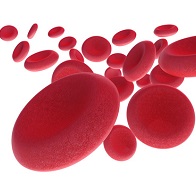 Could a combination of two cholesterol-lowering drugs reduce patients’ plaque burden and also their risk of a major cardiovascular event?

Cleveland Clinic researchers presenting a study today at the American Heart Association's Scientific Sessions 2016 in New Orleans, LA,  are optimistic that pairing statins with PCSK9 inhibitors “suggest the start of a new era in lipid management.”

But it remains to be seen if such aggressive lipid reduction is enough to cut the death rate from cardiovascular events, other researchers said. Cholesterol is not the only factor.

With the advent of PCSK9 inhibitors, shown to be even better at lowering LDL cholesterol than statins in some patients, physicians have effective tools in the task of preventing heart attacks and strokes.

High cholesterol, of course,  is a major risk factor. One question now is whether there’s point at which to stop because the maximum therapeutic benefit has been reached--and how close that puts medicine to the goal of reducing heart and stroke mortality and morbidity.

“The question is how low do you go,” said Steven Nissen, MD, of the Cleveland Clinic, presenting results on a trial called GLAGOV, one in which the PCSK9 inhibitor evolucumab

(Repatha/Amgen) was paired with a statin to see if it would not only reduce LDL but change atheroma volume in patients with coronary artery disease.

His co-author is Stephen Nicholls, MBBS, PhD,  a professor at the South Australian Health and Medical Research Institute and cardiologist at Royal Adelaide Hospital

In their study 968 patients at 197 centers got either statin monotherapy or a statin plus evolucumab.

They found that full doses of statin drugs reversed the buildup of cholesterol plaques in coronary artery walls after 18 months of treatment. The statin-only patients achieved an average LDL level of 93 mg/dL.

They measured plaque by intravascular ultrasound.

“This was quite extraordinary,” Nissen said of the cholesterol-lowering effects of using both drugs, “this was unprecedented.”

The study is “far too small to look at morbidity and mortality,” he said, adding “safety looks very good.”

In an analysis of GLAGOV published on the AHA’s site, Peter Libby, MD, chief of Cardiovascular Medicine at Brigham and Women’s Hospital in Boston, MA, said lowering lipids “can reduce plaque inflammation and reinforce the plaque’s extracellular matrix, thus altering functional characteristics of plaques related to their liability to cause clinical complications.”

But PCSK9 inhibitors do not lower the marker of inflammation, C-reactive protein.

“We must await analysis of the ongoing large-scale clinical endpoints studies to ascertain whether the decrement in LDL conferred by adding anti-PCSK9 agents to statins will yield a further reduction in clinical events out of proportion to the relatively modest decrease in plaque volume, as in the case of statin treatment,” Libby wrote.

Commenting on the study, Raul Santos, MD, PhD, of Sao Paulo Brazil, said the study was well designed but preliminary.

He wondered whether a larger longer study would show continued plaque regression, and also whether the therapy needs to be started sooner in at-risk patients.

One positive is that it showed evolucumab continued to work and that patients did not develop neutralizing antibodies that would render it ineffective.

“Stayed tuned, FOURIER is coming,” he said, referring to larger study that will expand on GLAGOV’s findings.

Nissen agreed. "We think our study is a signal," he said, "The definitive studies will come next year."

You May Also be Interested in
Most Popular
Denise Daley, PhD: Early Asthma Interventions for Infants
Insufficient Data to Accurately Monitor Most At-Risk Communities for Flu
When to Suspect Diarrhea is Symptom of a Clostridium Difficile
Top 10 Painkillers in the US
Visual Impairment, Dementia Are Detrimental to Independence of Older Adults