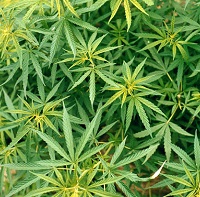 Even as states move to legalize the use of cannabis, researchers are just beginning to track its physiological impact on users.

In a study presented today at the American Heart Association's Scientific Sessions in New Orleans, LA, Amitoj Singh, MD, and colleagues at St. Luke's University Health Network in Bethlehem, PA, found it can have a harmful effect on the heart.

In a retrospective study, the authors found younger marijuana users were twice as likely as non-users to experience stress cardiomyopathy, a sudden weakening of the heart muscle. The condition is usually temporary, but can result in cardiac arrest and to require an implanted defibrillator.

Compared with non-users, researchers found that marijuana users were more likely to be younger, male, and have few cardiovascular risk factors such as high blood pressure, diabetes and high cholesterol. That meant they were unlikely to develop stress cardiomyopathy, but some of those who used marijuana did.

The researchers found that 2.4% of the marijuana users were likely to go into cardiac arrest after a bout of cardiomyopathy than controls (2.4% vs. 0.8%).

Those habits add to the likelihood of developing stress cardiomyopathy so the researchers adjusted for known risk factors to isolation the association between marijuana use and the heart condition.

Among the study limits are the facts that the researchers could not determine how much marijuana the subjects were using or the time between its use and the incidents of cardiomyopathy.

You May Also be Interested in
Most Popular
Limited Supply of Chloroquine, Hydroxychloroquine Could Affect COVID-19 Use
Flu Cases Near 30 Million in the US, CDC Reports
Comparing RT-PCR and Chest CT for Diagnosing COVID-19
Concern Over Sleep Apnea and Coronavirus Transmission
Gastrointestinal Issues Could Help Diagnose Coronavirus