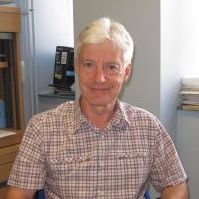 The first results from the large-scale, international PREVIEW trial, presented at the American Diabetes Association (ADA) 2019 Scientific Sessions in San Francisco, CA, found no difference between either diet or exercise-management programs in patients following a weight loss phase, with initial weight-loss prediabetes patients reporting a three-year T2D incidence rate of 4%.

Though the results are yet to be published in a medical journal, investigators—such as presenting author Ian MacDonald, BSc, PhD, professor of metabolic physiology at the University of Nottingham—consider the findings to be critical.

“On 1 level it’s a failure, but on another level it’s a fantastic success,” MacDonald said at ADA. “Whatever combination it was we put together of the weight maintenance program, the behavioral change management, the increase of physical activity, and the initial weight-loss program—the combination only led to 4% of these people getting type 2 diabetes over a three-year period.”

Originally enrolling 2233 patients from intervention centers across Europe and Australia, the PREVIEW trial is now the largest multinational study set to address the prevention of T2D in adult patients through a regimen of exercise and diet. The study began in 2013 and placed patients through a 34-month assessment of high-protein (HP), low-glycemic index (GI) diet or moderate-GI diet, plus either moderate or high-intensity physical activity.

Investigators worked on a primary hypothesis established on the findings of the DiOGenes trial: that an HG plus low-GI diet combined with an initial weight loss period would be more effective than moderate protein plus GI combined with an initial weight loss period in preventing the development of diabetes in at-risk patients. They also sought to understand the benefit of high-intensity, short duration physical activity versus moderate-intensity, long duration physical activity for the same outcome.

They originally estimated that low-calorie diet (LCD) followed by standard dietary approach plus either physical activity program would associate with a three-year T2D incidence of 15.8%, while a HP, low GI maintenance diet would reduce the incidence to 10.5%.

They were then randomized and stratified by their age (25-45; 46-54; 55-70 years) and gender, sequentially assigned to each of the 4 intervention arms equally. The trial kicked off with a two-month weight loss intervention plan which required patients to lose 8% of their body weight in order to continue to the next phase. Of the 2233 originally enrolled, 2202 (98.6%) successfully lost the weight, and proceeded through the assigned diet/exercise program with routine physician group visits until study’s end in January 2019.

At the endpoint, 962 patients still remained in the trial. The total count of T2D diagnoses was just 62, indicating an incidence rate of 4% across all treatment groups at 3 years.

Though the investigators’ hypotheses failed and no statistically significant difference was found between diet and exercise plans, the prevention of diabetes in 96% patients deemed at-risk as recently as 3 years ago was considered a success for MacDonald and colleagues.

Seeking answers why the program was indiscriminately successful, MacDonald noted that 35% of patients who initially lost at least 8% body weight were no longer considered to have prediabetes.

“And after 3 years, 18.5% of those who had completed the program were no longer prediabetic,” he said. “So that is some achievement, at least as this intervention program is concerned.”

Some of the study limitations include the 56.2% of patients who were lost between the initial weight-loss phase and the study’s endpoint—MacDonald said there’s no formal record as to whether these patients successfully prevented diabetes, though their departure from the trial isn’t optimistic.

Investigators are also interested to further assess the trend of fasting glucose among patients—which was observed to, on average, drop immediately in patients during the weight-loss phase, then gradually increase over the following 3 years.

“This is concerning, and makes you wonder if longer-term studies are needed, and greater reinforcement of the study’s intervention,” MacDonald said.

The study, "Prevention of Diabetes through Lifestyle Intervention—Results from the Multicenter PREVIEW Study," was presented at ADA 2019.