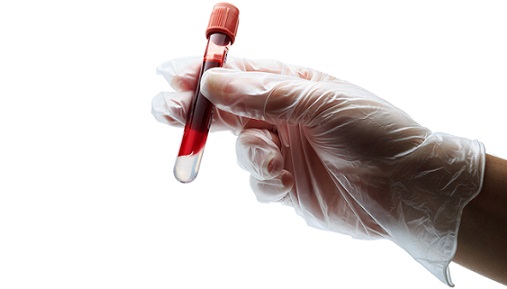 New analysis from the 14-year old FIELD study show about a dozen raised serum levels of lipoprotein subclasses and apolipoproteins in adults with type 2 diabetes (T2D) who suffered from cardiovascular events and death.

The findings show a wider range of biomarkers for clinicians seeking to treat for cardiovascular risk in patients with T2D, and complements results of fenofibrate’s benefit for such biomarkers.

When presenting the new findings at a late-breaking session at the American Diabetes Association (ADA) 2019 Scientific Sessions in San Francisco, CA, Jones told MD Magazine® the analysis sought to look at predictors of macrovascular outcomes in what was then the largest trial to assess fenofibrate in patients with T2DM.

Jones and colleagues conducted the ultracentrifugation via vertical auto profile (VAP) of patient plasma during 2 different time periods of the FIELD study: at baseline, and after 6 weeks of fenofibrate exposure. They adjusted for patient gender, and set values for each subclass and apolipoprotein with Cox proportional hazards and logistic regression analysis.

“If we look at just the great macrovascular outcome category, it’s very heavily driven by total non-HDL particle load—less so, interestingly, by fractioning out the triglyceride-lipoprotein fractions,” Jones said.

Jones added the HDL subfractions were notably protective, but “what took the day” were the ApoB/ApoA ratios—an association with cardiovascular risks already established in prior research.

“Of all the lipid outcomes, that’s probably the best one,” he said. “And the epidemiology has been shown.”

Across all the observed nonfatal cardiovascular outcomes, triglycerides and lipoproteins served as positive indicators—emitting signals as large as the more popular biomarker of raised LDL-C rates, Jones noted.

The established triglyceride association is a benefit for fenofibrate and the original findings from the FIELD trial, as the therapy most prominently benefits triglyceride rates in patients with T2D at risk for cardiovascular events.

Investigators concluded that a number of the identified lipoprotein and apoprotein associated with increased cardiovascular risks in patients with T2DM could be treated properly with fenofibrate. Jones added a follow-up analysis will look into the specifics of fenofibrate’s benefit in each fraction and subgroup.

Future studies may influence the usage rate and research into some of the drug classes recently established in diabetes care to reduce patient cardiovascular risks—SGLT-2 inhibitors, GLP-1 receptor agonists, and so forth.

“There’s no question whatsoever, beyond any pale or doubt, that LDL is absolutely something we need to minimize in order to reduce risks,” Jones said. “However, the part of this which has been a major debate for some time is whether taking this gross, aggregate measure is beneficial.”

He advised that his peers begin considering—and seeking out—new biologic agents designed to treat lipoprotein in patients with T2D.

The study, "Lipoprotein Subfractions Are Associated with Diabetic Cardiovascular Disease and Death among 9,795 Patients in the FIELD Trial," was presented at ADA 2019.

You May Also be Interested in
Most Popular
Denise Daley, PhD: Early Asthma Interventions for Infants
The 10 Worst Things Patients Can Say to Physicians
Are You Paying Attention to Postoperative Depression?
What Should I Do With This Abnormal ALT?
Ultrasound-guided Percutaneous Ethanol Ablation vs. Observation of Papillary Thyroid Microcarcinoma