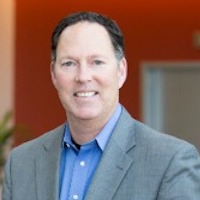 The details of the 4000-patient CONFIRM trial, presented at the 2018 American Diabetes Association’s (ADA) 78th Annual Scientific Sessions in Orlando, FL, show the Novo Nordisk therapy has positive benefits for adults with T2D who were starting basal insulin for the first time.

Tresiba was originally approved by the US Food and Drug Administration (FDA) as a once-daily, long-acting insulin for type 1 diabetes and T2D in adults and children 1 year or older in 2015.

The retrospective, real-world study also tested for benefits in patient hypoglycemic episodes with either therapy, and treatment adherence. Patients were equally prescribed either insulin degludec or glargine U-300 (n= 2028) by local practice. At recruitment, patients’ symptoms were uncontrolled by 1 or more oral antidiabetic drugs or a glucagon-like peptide-1 receptor agonist (GLP-1), and each group’s baseline characteristics were similar.

In tracking blood sugar control via A1C levels from baselines to 6 months, researchers reported that patients administered either 100 U/mL or 200 U/mL insulin degludec injection had a mean A1C decrease of 1.5% — significantly lower than those administered insulin glargine U-300 (-1.2%; P = 0.029).

For secondary endpoints, the therapy also reported a 30% lower rate of hypoglycemic episodes in its patient group than that of the comparative insulin glargine U-300 (P = 0.045). Patients administered insulin degludec injection were also more likely to remain on their treatment after long-term follow-up. Patients treated with insulin glargine U-300 reported a 37% greater rate of discontinued treatment after 2 years (P < 0.001).

Novo Nordisk noted that, due to its status as a non-randomized, real-word analysis, hypoglycemia rates could have been underreported and basal insulin use by patients could only be confirmed through prescription databases.

That said, the benefits of the real-world trial may outweigh the risks — particularly in consideration to its testing of patient wellbeing and adherence.

“Real-world studies, such as CONFIRM, are important to understand how clinical trials may translate to patients in everyday clinical practice, Todd Hobbs, MD, Novo Nordisk vice president and US chief medical officer, said in a statement. “One of the most feared complications for people living with diabetes is hypoglycemia, and the CONFIRM results add to the body of evidence on Tresiba for adults with type 2 diabetes.”