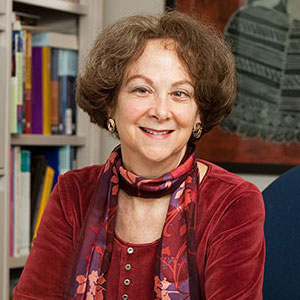 Edith C. Kieffer, MPH, PhD
Community health programs have shown an ability to be impactful in improving patient outcomes, especially related to patients with diabetes, a condition that many minority patients are at high risk for and an issue that patient communication barriers compound.

Now, a study of another such program—Healthy MOMs, or Mothers on the Move—has shown significant improvements in dietary practices and the incidence of depressive symptoms in Latina mothers at risk for type 2 diabetes (T2D), while utilizing the expertise and community relation skills of bilingual community health workers.

In data presented at the American Diabetes Association’s 78th Annual Scientific Sessions in Orlando, Florida, compared with those in the control arm, Latinas in the intervention arm of the trial increased their consumption of vegetables and fiber, while decreasing the amounts of added sugars, total fat, and calories from fat and sugars that they consumed.

“There have been decades of studies with community health programs [demonstrating their success],” said Edith C. Kieffer, MPH, PhD, of the University of Michigan School of Social Work, who presented the data. “Too often, they’re stopped due to lack of funding. We need funding for community health workers.”

The study’s use of bilingual community health workers to plan the study helped the investigators better understand the needs of those involved, Kieffer noted. She said this was particularly beneficial due to the fact that the Latina population often has less adequate access to health care providers than the general population.

“We wanted to adapt the Diabetes Prevention Program [DDP] for Latinas, but we wanted to meet their specific needs,” Kieffer said. “So, we conducted focus groups to have them tell us what programs and policies would benefit them.”

“The women told us they were depressed—they felt trapped in their houses. They wanted a program designed by women like them” Kieffer explained. The tactic appeared to work, as well, as the incidence of depressive symptoms, as measured by Center for Epidemiological Studies-Depression (CES-D) scores, for the intervention group decreased 2.1 points (P <.01) from baseline to follow-up and dropped an additional 9.4 points (P <.05) after the completion of the intervention. Meanwhile, the control group experienced almost no change, from 12.9 to 12.7.

In a subgroup of Spanish-only speaking patients, consisting of 80% of the total patient group, a similar result was shown—with a reduction in CES-D scores of 2.53 from baseline to postpartum in the intervention group, as compared to a decrease of only 0.45 for the control group.

Although the trial was not powered for it, there was a 6% (odds ratio, 0.48; 95% CI, 0.15 to 1.39; P =.193) difference in the prevalence of gestational diabetes, which impacts an estimated 11% of the Latinas and complicates between 2% and 3% of births in that patient population. “While it was non-significant, I think it was an interesting difference,” Kieffer said.

“We feel that we have a successful model that’s potentially adaptable to prenatal and postpartum care in Federally Qualified Health Centers, Patient-Centered Medical Homes, and Women, Infants, and Children programs, as well as community settings,” Kieffer concluded. “But sustainability without grant funding is a challenge. This is my pitch—the advocacy is gaining some ground.”