Canagliflozin Does Not Increase Risk of Amputation, Despite Boxed Warning 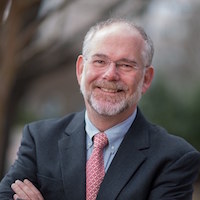 John Buse, MD, PhD
Despite having a boxed warning added to its drug to indicate a risk of leg and foot amputations, canagliflozin has been shown to not increase the risk of below-knee amputation (BKA) in patients with type 2 diabetes (T2D) when compared to other anti-hyperglycemic therapies.

In a 700,000-plus patient study comparing canagliflozin-associated effects on patients with T2D versus that of other sodium glucose co-transporter 2 (SGLT-2) inhibitors and/or anti-hyperglycemic drugs, researchers found the therapy had a beneficial effect on patient hospitalization for heart failure, and no negative effect on BKA.

Researchers, led by John Buse, MD, PhD, director of the North Carolina Translational and Clinical Sciences Institute and executive associate dean for clinical research at the University of North Carolina School of Medicine in Chapel Hill, indicated that SGLT-2 inhibitors have been linked to both cardiovascular benefits and BKA risks in patients with T2D.

There was evidence, however, of decreased risk of hospitalization for heart failure among patient groups administered canagliflozin or another SGLT-2 inhibitor (0.90 HR; 95% CI; 0.71-1.13; P = 0.22). Buse noted these results were the first in a real-world analysis to show comparative evidence among individual SGLT-2 inhibitors.

“Our research indicates that the overall benefit-risk profile of SGLT-2 inhibitors is positive, and physicians should feel comfortable and confident in prescribing the class to their patients,” Buse said.

Of course, Buse maintains that physicians should evaluate for best care in patients, with consideration to factors that may increase amputation risk, including peripheral vascular disease, neuropathy, diabetic foot ulcers, and history of prior amputation.

Researchers wrote the study further characterizes both the known benefits and harms of the drug class, in complement of clinical trial analysis. Such analysis, from the CANVAS and CANVAS-R trial data released at ADA 2018, showed that Janssen canagliflozin product Invokana may have renoprotective effects in patients with T2D—who are already at greater risk of renal issues due to the disease.

In an interview with MD Mag at ADA 2018, Robert Gabbay, MD, PhD, chief medical officer and senior vice president of the Joslin Diabetes Center, explained that the controversy surrounding drug classes such as SGLT-2 inhibitors and glucahon-like peptide-1 (GLP-1) receptor agonists for patients with T2D is in their varying clinical analogs.

“The biggest controversy, really, in both cases, is if these are class effects or individual to the drugs that were in the specific trials that demonstrated benefit,” Gabbay said. “I think we'll know more as more these studies come out, particularly on the SGLT2 inhibitors.”