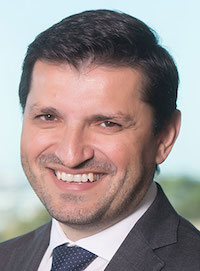 Vlado Perkovic, PhD
According to new data from the CANVAS and CANVAS-R trials, canagliflozin (Invokana) was found to be associated with a reduced risk of sustained kidney function loss, as well as attenuated estimated glomerular filtration rate (eFGR) decline, and a reduction in albuminuria.

The reduction of albuminuria could suggest the possibility of a renoprotective effect from canagliflozin, as noted by lead author Vlado Perkovic, PhD, and colleagues, and the drug has previously shown positive signs related to renal outcomes. Perkovic told MD Mag in November 2017 that “data from the CANVAS Program clearly indicate better renal outcomes for people treated with canagliflozin, and suggest that this agent protects kidney function, in addition to providing previously presented cardiovascular benefits.”

Released at the American Diabetes Association’s 78th Annual Scientific Sessions, in Orlando, Florida, the new data on the sodium-glucose cotransporter-2 (SGLT2) inhibitor showed a slower annual decline in eGFR compared with placebo (slope difference 1.2 mL/min per 1.73 m2 per year; 95% CI, 1.0 to 1.4) and as well as an 18% lower mean UACR (95% CI, 16 to 20).

The primary outcomes comprised of a composite of sustained and adjudicated doubling in serum creatinine, end-stage kidney disease, or death from renal causes; as well as the individual parts of the composite: annual reductions in eGFR and changes in UACR.

The study, “Canagliflozin and renal outcomes in type 2 diabetes: results from the CANVAS Program randomized clinical trials,” was published in The Lancet Diabetes & Endocrinology.

You May Also be Interested in
Most Popular
The Fear of the Coronavirus, and the Reality of the Flu
Implementing Price Transparency Tools at Ambulatory Care Centers
Depression Linked to All-Cause and Cardiovascular Mortality
Ustekinumab Successful as a Target Therapy for Crohn's Disease
FDA Approves Voltaren Arthritis Pain as OTC Topical Gel for Osteoarthritis