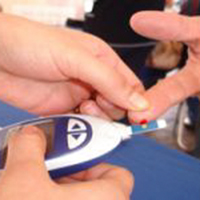 In the TODAY trial, the researchers looked at 532 adolescents with type 2 diabetes (ages 10 to 17, average being 14). The cohort was 64% female and consisted of 43% Hispanic, 34% African American, and 20% Caucasian. The average patient had a body mass index (BMI) of 34.7 kg/m², systolic blood pressure of 113 mm Hg, diastolic blood pressure of 66 mm Hg, epidermal growth factor receptor (eGRF) of 117, and HbA1c of 6.0. All of the participants had been diagnosed with the condition for less than two years at baseline and were followed for two to six and a half years.

“These findings may suggest a renoprotective role of increased estimated insulin sensitivity in youth-onset type 2 diabetes,” the authors concluded. A longer follow-up period could help shed more like on the subject.