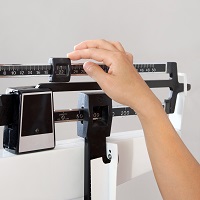 Statistics coming from controlled trials can be challenging to apply to the real-world. But a new study assessing the use of dapagliflozin (Farxiga) for type 2 diabetes in real clinical use yielded important insight.

Researchers from the United Kingdom conducted the study to evaluate the effects of dapagliflozin on HbA1c, weight, body mass index (BMI), and systolic blood pressure. Their findings were presented at the American Diabetes Association (ADA 2016) 76th Scientific Sessions in New Orleans, Louisiana.

From October 2014 to December 2015, the team followed 1,725 patients with type 2 diabetes on the medication. The cohort was made up of 56.5% males and mean age of 57.3, weight of about 233 pounds, BMI of 37 kg/m², and HbA1c of 9.5. The average patient was diagnosed with diabetes nearly 10 years prior. The goal of the study was to evaluate the metabolic response to dapaglifozin.