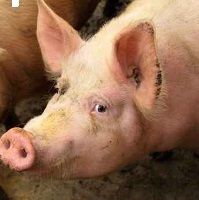 Pig cell transplantation could take the place of a blood glucose level-improving surgery for patients with type 1 diabetes.

Pancreatic islet cell transplantation is the process of taking islet cells from the pancreas of a deceased donor and implanting it into someone living with type 1 diabetes. The procedure has been successful in patients with difficult to control blood glucose levels. In addition, it has stopped the need for insulin injections temporarily and helped patients better detect hypoglycemia. However, the surgery is still considered experimental since only about 1,000 of them have been performed in the last 10 years; there’s also a shortage of donors.

But there could be a substitute procedure for patients and the basis is pig islet cells.

David K.C. Cooper, MD, PhD, FRCS, professor of surgery at the University of Pittsburgh School of Medicine talked about the progress made thus far with the pig cells at the American Diabetes Association (ADA 2016) 76th Scientific Sessions in New Orleans, Louisiana. Previous studies have shown success in animal models with the potential human surgery. “Monkeys with diabetes who received pig islet transplants and received immunosuppressant drug therapy experienced survival rate of more than one year with no need for insulin injections and no major complications,” Cooper explained.

Physicians are getting closer to trying the method on humans. Cooper says that research funding is needed to make the procedure a reality.

Cooper continued to explain, “there have been steady improvements in the results of transplantation of pig islets and organs – for example kidneys – especially from genetically engineered pigs (whose organs and cells are protected to a large extend from the human immune response), into nonhuman primates over the past several years.”

Looking to the future, the pig cell transplantation could prevent additional health problems in people with advanced diabetes – like kidney failure.

There’s great potential to control blood glucose levels while also eliminating the need for insulin injections temporarily. However, there are still challenges to overcome.