The Relationship Between Vitamin D and Insulin Resistance 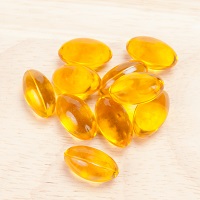 Uncovering the impact of vitamin D deficiency on diabetes has been a full-time job. Past research has concluded that there is no connection when it comes to type 2 diabetes, but another study showed that children with type 1 diabetes have a higher risk of lacking vitamin D. Researchers have taken another crack at understanding the potential link better with a new study presented at the American Diabetes Association (ADA 2016) 76th Scientific Sessions in New Orleans, Louisiana.

African Americans are 1.7 times more likely to have diabetes than Caucasians, and are significantly more likely to have additional disease-related problems such as blindness and kidney disease. So the NIDDK researchers used a cohort including 90 healthy African descent women – 36 African American and 54 African immigrant. The average participant was 41 years old with a body mass index (BMI) of 29.6 and 38% body fat. The average total 25-hydroxyvitamin D (25-(OH)D) was 21 ng/mL, but 43 of the participants had levels less than 20, which is clinically categorized as deficient.

Based off of the fasting plasma glucose (FPG) test and 2-hour glucose tolerance test (GTT), 30 of the women were considered pre-diabetic. The homeostatic model assessment (HOMA) and Matsuda Index determined insulin resistance levels.

Overall, both the African American and African immigrant participants had similar 25-OHD concentrations and the measures didn’t vary whether they had prediabetes or not. In addition, as weather plays a role in vitamin D levels, this study did not find seasonal impact on the DC-based population.

“The relationship of total 25-OHD with measures of insulin sensitivity did not differ by ethnicity and was mediated by adiposity,” the authors explained.

Therefore, it was concluded that vitamin D does not play a role insulin resistance – in the African American female population, anyway.

You May Also be Interested in
Most Popular
Denise Daley, PhD: Early Asthma Interventions for Infants
Investigators Test Combination Therapies for First-Episode Psychosis in Adolescents
Top 10 Painkillers in the US
What Should I Do With This Abnormal ALT?
Flu Cases Near 30 Million in the US, CDC Reports