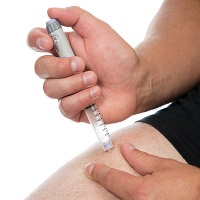 Insulin degludec/liraglutide (IDegLira) is a potential new treatment option for patients with type 2 diabetes who were previously treated with other therapies. Many healthcare providers have been pushing for its approval and the latest safety and efficacy results could help finally do that.

IDegLira is a once-daily injection consisting of a fixed-ratio combination of a long-acting basal insulin, insulin degludec (IDeg), and the glucagon-like peptide-1 receptor agonist (GLP-1RA) liraglutide (Lira). Officials from the US Food and Drug Administration (FDA) have been hesitant to approve the injection due to efficacy concerns. However, the drug has already been approved in Europe and is branded under the name Xultophy.

A collaborative team have been investigating the drug through the DUAL clinical trials. Positive results on safety and efficacy resulted from two phase 3a studies, so the researchers wanted to confirm these findings. The results from three phase 3b trials were revealed at the American Diabetes Association (ADA 2016) 76th Scientific Sessions in New Orleans, Louisiana. “This post hoc analysis aimed to confirm that IDegLira effectively reduces HbA1c, independent of baseline HbA1c, in additional populations from the DUAL III, DUAL IV, and DUAL V treat-to-target phase 3b trials,” the authors explained.

The average participant was 59 years old with a body mass index (BMI) of 32 and diagnosed with type 2 diabetes about 10 years prior. The patients were categorized by HbA1c at baseline: < 7.5%, > 7.5% – < 8.5%, and > 8.5%. The three trials lasted for 26 weeks, during which the researchers observed changes in HbA1c, body weight, hypoglycemic episodes, and insulin doses.

Regardless of baseline HbA1c, all of the patients showed a significantly greater HbA1c reduction using IDegLira than GLP-1RA, IGlar U100, or placebo. IDegLira decreased HbA1c levels to < 7% in all trials. Those who had a higher baseline HbA1c tended to experience the largest reductions.

The DUAL V trials was the only one that also looked at patients with a baseline HbA1c > 9%, and this population experienced a reduction in HbA1c by 6.9% with IDegLira and 7.8% with IGlar U100.