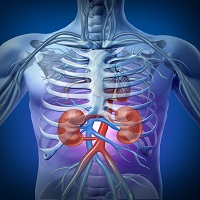 Maternal obesity has a great impact on fetal health. Research has shown that it contributes to the child developing type 2 diabetes, cardiovascular disease, and non-alcoholic fatty liver disease. While it is known that obesity is a risk factor for chronic kidney disease (CKD), it has yet to be understood whether maternal obesity impacts the child’s risk.

Female mice were either fed regular chow or high fat diet (45% fat) for six weeks before matting and continued the diets through gestation and lactation. The male offspring were either given regular chow or high fat diet as well. The team tested their weight and glucose levels every two weeks, and at weeks 14, 20, and 30 they performed intraperitoneal glucose tolerance tests. Urine and serum samples were also collected and then at weeks 32 the kidneys were harvested. The offspring who were fed the high fat diet showed signs of metabolic syndrome, including, increased fat disposition, insulin resistance, and impaired glucose tolerance. In scenarios where the mother was obese, the offspring fed the high fat diet experienced exaggerated adiposity (morbidly overweight), dyslipidemia (elevation of plasma cholesterol), and glucose intolerance. The researchers observed renal structural changes, including evidence of renal fibrosis, tubular interstitial fibrosis, dilatation, and vacuolation.

Albuminuria (albumin present in urine) is a symptom of kidney disease, but it did not appear to be affected by maternal obesity in this study. Serum creatinine, however, was increased in the offspring who had obese mothers – even when they were fed the normal chow.

Based off of these findings, the team believes that fetal exposure to maternal obesity should be clinically recognized as a significant risk factor for CKD in the child.

You May Also be Interested in
Most Popular
Baloxavir Effective in Preventing Spread of Flu
Denise Daley, PhD: Early Asthma Interventions for Infants
RA Patients With ACPA or RF Positivity Less Likely to Discontinue Abatacept
Why Is Colchicine So Expensive Now?
When to Suspect Diarrhea is Symptom of a Clostridium Difficile