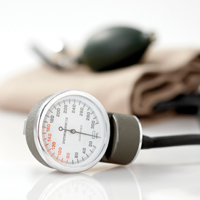 Adding liraglutide to insulin treatment for type 1 diabetes has proven to lower body weight and reduce the frequency of hypoglycemia. Potential heart risks, however, have yet to be established. But results from a study that analyzed cardiovascular outcomes related to liraglutide were revealed at the American Diabetes Association (ADA 2016) 76th Scientific Sessions in New Orleans, Louisiana.

The analysis included 100 obese patients with type 1 diabetes on insulin treatment. These patients also had insufficient glycemic control. Half of the participants received liraglutide 1.8 mg once a day or placebo once a day for 24 weeks. There were similar baseline characteristics between the liraglutide and placebo groups – including average age (47 vs. 49), HbA1c (72 vs. 72 mmol/mol), body mass index (BMI) (30.3 vs. 29.8 kg/m²), and diabetes duration (20 vs. 25 years). All of the patients were Caucasian and about 65% were male. “After 24 weeks, nighttime heart rate and diastolic blood pressure increased by 6.5 bpm and 4.9 mmHg, respectively, in liraglutide-treated compared with placebo-treated patients,” the authors identified. However, there were no differences between the groups when it came to heart rate, daytime diastolic blood pressure, and daytime and nighttime systolic blood pressure.

You May Also be Interested in
Most Popular
CDC: Why Strong Swimmers Drowned
Denise Daley, PhD: Early Asthma Interventions for Infants
AIDS, Ebola, now Zika: What's Next for Anthony Fauci, MD
Flu Cases Near 30 Million in the US, CDC Reports
Ibuprofen In First Trimester of Pregnancy May Reduce Future Child's Fertility