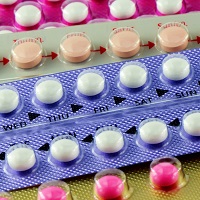 Not much is known about the relationship between oral contraceptives use and diabetes, but this untapped area got the spotlight during a session at the American Diabetes Association (ADA 2016) 76th Scientific Sessions in New Orleans, Louisiana.

In previous years, it was recommended that women with diabetes steer clear from birth control because of the hormonal changes it causes. It could make managing the condition more difficult since the hormones impact blood sugar levels. However, patients can work with their healthcare provider in order to choose the best option for them.

Researchers from the Kyungpook National University College of Medicine in Korea wanted to find if long-term oral at contraceptives use had a connection with developing diabetes and insulin resistance later in life. They gathered a total of 6,554 post-menopausal women with diabetes from the Korea National Health and Nutrition Examination Survey (NHANES) data from 2007 to 2012. The subjects were categorized by the duration of birth control use during their child-bearing years. These women were compared to the fasting glucose and insulin levels of 3,338 post-menopausal women without diabetes. The average participant was 65 years old with a body mass index of 24.5.

So what’s the connection here? Does oral contraceptives actually increase the risk of diabetes? In short, yes.

The post-menopausal women who had used birth control for at least six months were significantly more likely to have diabetes. In addition, this six-month birth control use was linked to insulin resistance in the non-diabetic women.

“The results suggest that prolonged use of oral contraceptives at child-bearing age may be an important risk factor for developing diabetes in later life,” the authors determined.