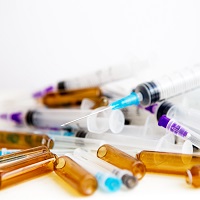 Patients with type 2 diabetes are especially at risk for getting the hepatitis B infection, and a new vaccine proved to work better than the current one during a phase III trial.

Hepatitis B is such a concern for people with diabetes because it has been transmitted through shared blood glucose meters, fingerstick devices, and other equipment like insulin pens. The Centers for Disease Control and Prevention (CDC) reported a total of 29 hepatitis B outbreak in long-term-care facilities from 1996 to 2011, and 25 of them involved adults with diabetes who were receiving assisted blood glucose monitoring. So needless to say, this is a problem among a population that is already battling a health condition.

A new vaccine against hepatitis B could be on the way though as positive phase III trial results were presented at the American Diabetes Association (ADA 2016) 76th Scientific Sessions in New Orleans, Louisiana. The licensed ENGERIX-B is a three-dose vaccine to protect against hepatitis B. However, compliance with the multiple doses has been a challenge and data shows that there is a lack of efficacy in patients with type 2 diabetes. The potential new vaccine, HEPLISAV-B, consists of only two doses and appears to work better in the subpopulation. It is made up of recombinant hepatitis B surface antigen (20µg) with an oligonucleotide toll-like receptor 9 (TLR9) agonist as an adjuvant.

Researchers compared the two vaccines in 961 adults (ages 18 to 70) with type 2 diabetes. About two-thirds of the cohort had diabetes for five or more years.

During the 28-week study, a total of 321 patients received three doses of Engerix-B at weeks zero, four, and 24. The other 640 participants received two doses of Heplisav-B at weeks zero and four (and a placbo at week 24). Demographics, including age, sex, and race, were similar between the groups.

Defined as anti-hepatitis B antibody titers > 10mIU/mL, 90% who received Heplisav-B and 65.1% who received Engerix-B were protected from the virus. This 24.9% difference is statistically significant, the authors noted.

Adverse effects, including immune-mediated events, were similar between the groups.

The investigational vaccine proved to protect more patients with type 2 diabetes and “may be able to address a significant unmet medical need in diabetics who should be routinely vaccine against hepatitis B,” the team concluded.

You May Also be Interested in
Most Popular
Denise Daley, PhD: Early Asthma Interventions for Infants
Top 10 Painkillers in the US
When to Suspect Diarrhea is Symptom of a Clostridium Difficile
Baloxavir Effective in Preventing Spread of Flu
AIDS, Ebola, now Zika: What's Next for Anthony Fauci, MD