Gene Editing Could Be the Newest Approach in Diabetes Treatment 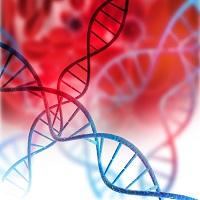 Challenges with autologous transplantation has kept the surgery from becoming an option for patients with diabetes. However, new research presented at the American Diabetes Association (ADA 2016) 76th Scientific Sessions in New Orleans, Louisiana makes a case for the procedure.

Autologous transplantation is the process where someone’s undifferentiated stem cells are removed and grown into a different type of cell. Then, the cells are put back into the patient’s own body. However, this is only an experimental strategy for a variety of degenerative diseases, like diabetes. “Autologous transplantation has not been considered a viable option since the patient’s immune system would attack the new cells, however, there may be a way around this ‘immune barrier,’” explained Chad A. Cowan, PhD, associate professor in the Department of Stem Cell and Regenerative Biology at Harvard University and Massachusetts General Hospital.

Gene editing, however, may be the secret to making the procedure possible.

“Analogous to the O-negative ‘universal donor’ blood type, udPSCs, could be used for all cell-based transplantation therapies in all patients without immune rejection,” Cowan continued. “Once created, the next step would be to test these udPSC stem cell lines in a humanized mouse model of type 1 diabetes.”

If this method proves efficacy, the universal donor stem cells could be grown to treat a wide range of patients. From type 1 diabetes to other degenerative diseases, this could become a feasible option for many patients one day.

You May Also be Interested in
Most Popular
Denise Daley, PhD: Early Asthma Interventions for Infants
Baloxavir Effective in Preventing Spread of Flu
Top 10 Painkillers in the US
When to Suspect Diarrhea is Symptom of a Clostridium Difficile
Why Is Colchicine So Expensive Now?