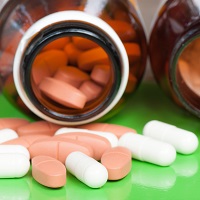 What happens when a patient with type 2 diabetes uses both a potassium (K)-sparing agent and sodium-glucose co-transporter 2 (SGLT2) inhibitor at the same time? New data presented at the American Diabetes Association (ADA 2016) 76th Scientific Sessions in New Orleans, Louisiana answers the question.

K-sparing agents, such as triamterene, spironolactone, and amiloride, can treat people with heart failure and hypertension. Just recently, SGLT2 inhibitors, used to improve glycemic control, showed to reduce cardiovascular mortality and heart failure events in those with type 2 diabetes and heart disease. Therefore, it’s not farfetched that SCLT2 inhibitors and K-sparing agents would be used together in many cases.

“While there are theoretical benefits to co-administration of K-sparing agents and SGLT2i (sodium loss, reduced blood pressure [BP] without increases in [HR], complimentary effects on neurohormonal axis), it is unclear if such a combination increases hyperkalemia risk,” the authors explained. The team looked at 227 patients on K-sparing agents in pooled data from 14 phase IIb and III trials. For 24 weeks, participants either received the SGLT2 inhibitor dapagliflozin (Farxiga) 10 mg or placebo. Average characteristics in both groups included: 62 years of age, BMI of 35 kg/m², and eGRF: ~69 mL/min/1.73m².

The amount of patients with K >6 mEg/L during the follow-up period was lower in the group taking dapagliflozin. In addition, there was no observation of serum K increase with the use of the drug.

“When co-administered with K-sparing agents, dapagliflozin resulted in significantly lower HbA1c, weight and SBP, with no evidence of increase in serum K, and lower rate of significant hyperkalemia compared with placebo,” the authors summed up.

You May Also be Interested in
Most Popular
Baloxavir Effective in Preventing Spread of Flu
Denise Daley, PhD: Early Asthma Interventions for Infants
RA Patients With ACPA or RF Positivity Less Likely to Discontinue Abatacept
Why Is Colchicine So Expensive Now?
When to Suspect Diarrhea is Symptom of a Clostridium Difficile