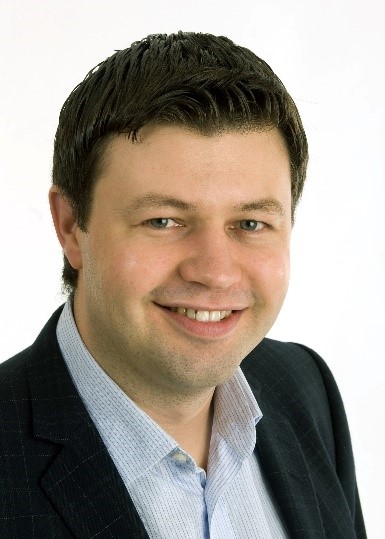 Use of ultrasound to guide treatment strategy in early rheumatoid arthritis (RA) patients may not be beneficial in terms of MRI inflammation or structural damage compared to a conventional strategy, according to the findings of a recent study.

Results of the study, which were presented at the 2019 American College of Rheumatology annual meeting, revealed the incorporation of ultrasound information in treatment decision was not linked to reduced MRI inflammation or structural damage when compared to conventional treat-to-target strategy.

“The purpose of this follow-up study was to use MRI, which is reliable, objective and more sensitive than X-ray, to make a secondary assessment of inflammatory activity and structural damage progression in the two study arms,” said lead investigator Espen Haavardshold, MD, PhD, a rheumatologist at Diakonhjemmet Hospital. “If there really were a difference, we would expect to see it in the MRI results.”

Using data from the 2-year randomized ARCTIC trial, which Haavardsholm also led, investigators sought to determine whether treatment outcomes in early RA could be improved by targeting imaging remission, assessed through ultrasound or MRI, in addition to clinical remission. From the ARCTIC trial, which also suggested adding strutted ultrasound assessment was not beneficial to early RA patients, investigators identified a cohort of 230 disease-modifying antirheumatic drug(DMARD)-naive  patients between the ages of 18 and 75 years of age.

Patients included in the trial underwent 1:1 randomization to an ultrasound strategy targeting a disease activity score(DAS) less than 1.6, no swollen joints, and no power-Doppler signal in any joint, or a conventional strategy targeting DAS less than 1.6 and no swollen joints. All patients included in the study were treated with the same DMARD escalation algorithm beginning with methotrexate, then combination therapy with methotrexate/sulfasalazine/hydroxychloroquine, followed by biologic DMARD.

Investigators noted no statistically significant baseline differences between the treatment groups in either of the combined MRI scores. During the first year of treatment, the mean combined MRI inflammation score decreased by -64.2(−71.3; −57.1) in the ultrasound group and -59.4(−66.9; −51.9, P=0.34) in the conventional strategy group

These scores were maintained at the same level throughout the second year of the study. Investigators pointed out analyses also revealed no significant difference in change from baseline between the 2 treatment arms at any point during the study period.

In regard to combined MRI damage score, a small increase was noted over time, but no significant difference was observed between groups. In the ultrasound group, 39% of patients had MRI erosive progression compared to 33% in the conventional strategy group (Risk Ratio: 1.16, 95% CI 0.81; 1.66, P=0.40).

Based on the results of their analyses, investigators concluded incorporating ultrasound did not lead to reduced MRI inflammation or less structural damage when compared to a conventional treat-to-target strategy.

“The main message is that people with RA should be diagnosed and started on treatment early, monitored closely, and treatment should be stepped up aggressively until the target of clinical remission is reached. This strategy has proven very successful,” Haavardsholm added.

You May Also be Interested in
Most Popular
Denise Daley, PhD: Early Asthma Interventions for Infants
Visual Impairment, Dementia Are Detrimental to Independence of Older Adults
Flu Cases Near 30 Million in the US, CDC Reports
Screen Time Linked to Inattentiveness, Behavior Problems in Children
Top 10 Painkillers in the US