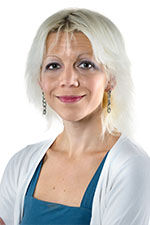 A new study into trends in annual spending on biologics in the US has found that spending nearly doubled to $10.3 billion between 2012 and 2016, but most of that increase was driven by post-market drug price changes.

Findings of the study, which was supported by the National Institute of Health’s National Institute of Arthritis and Musculoskeletal and Skin Diseases, were presented by lead investigator Natalie McCormick, PhD, of Massachusetts General Hospital and Harvard Medical at the 2019 American College of Rheumatology(ACR) annual meeting in Atlanta, GA.

“Biologic DMARDs are efficacious drugs for those with moderate to severe forms of rheumatoid arthritis but they are also quite expensive,” McCormick said during a press conference at ACR 2019.

In an effort to assess and evaluate trends in Medicare Parts B and D and Medicaid spending on biologic disease-modifying anti-rheumatic drugs(bDMARDs), investigators conducted a decomposition analysis of spending data from 2012 to 2016. Investigators extracted total spending, numbers of recipients, number of claims, doses dispensed, and calculated drug unit-price for all bDMARDs with an FDA approval for at least 1 rheumatic disease through Dec. 2014 were included.

After adjusting for 2016 dollars, investigators calculated 5-year changes in total spending and unit-prices for each bDMARD and in-aggregate. Subsequently, decomposition analyses were performed to evaluate the impact of drug prices, uptake, treatment intensity, and annual number of claims per recipient for each bDMARD. Investigators noted the analyses included statutory Medicaid rebates and both excluding and including Medicare rebates.

Results of the analysis revealed annual spending on the aforementioned bDMARDs jumped from $5.3 billion in 2012 to $10.3 billion in 2016. During this same time period, drug prices increased by a mean of 52% in Part D and 20% in Part B.

When adjusting for inflation, unit-price increases accounted for 56% of the $3 billion increase within Part D during the study period. Additionally, adalimumab and etanercept were prescribed to the largest amount of Part D beneficiaries and had the largest unit-price increase—84% and 88%, respectively. Investigators noted spending trends of Medicaid were similar to Part D.

In regard to Part B spending, investigators noted growth for the oldest Part B drugs included—rituximab, abatacept, and infliximab—was caused by price increases, which ranged from 72% to 88%. Increases in the number of recipients was the main driver (63% to 81%) of spending growth for the newer Part B drugs included—golimumab, ustekinumab, tocilizumab, certolizumab, and belimumab.

“Our findings really show there is a need to target price increases in Part D,” McCormick added.

This study, titled “Decomposition Analysis of Spending and Price Trends for Biologic Anti-Rheumatic Drugs in Medicare and Medicaid,” was presented at ACR 2019 by Natalie McCormick, PhD.