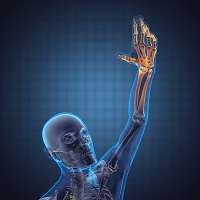 A new study is suggesting the use of methotrexate could significantly reduce joint damage progression and could facilitate bone remodeling in patients with erosive hand osteoarthritis.

Results of the study, which were presented at the 2019 American College of Rheumatology annual meeting in Atlanta, GA, found methotrexate did not demonstrate superior efficacy for pain relief and function evolution, but did reduce the progression of joint damage over placebo at 3 and 12 months.

To determine the impact of methotrexate in osteoarthritis of the hand, investigators conducted a randomized, double-blind, placebo-controlled trial in 64 patients. The trial was designed to last a full year and randomized patients to receive either 10 mg methotrexate per week or placebo.

At 3 months, investigators noted no significant difference in mean decrease in VAS pain score between the groups—with methotrexate patients experiencing a mean reduction of 17.5 compared to 8.4 with placebo (P=0.02).

Investigators observed interleukin-6 level (P<0.0001) and synovitis findings(P=0.02) on MRI at baseline were found to be predictive factors for erosive structural evolution of non-erosive joints.

“Our results show a structural effect of the treatment that facilitates bone remodeling and seems to slow the erosive structural progression of digital osteoarthritis with a seemingly more pronounced effect in patients with early lesions,” said lead investigator Christian Roux, MD, of Cote d’Azur University in France. “I think this is a major point. The main complaint for people is the deformity linked to structural evolution in this disease. Our study’s results should encourage new studies to be conducted.”