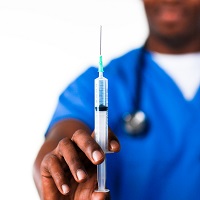 While the US Food and Drug Administration (FDA) has 2 Janus kinase (JAK) inhibitors currently approved for the treatment of rheumatoid arthritis (RA), the treatments’ safety profiles have been of interest since their approval due to their suspected risk of developing malignancies or serious infections.

In an effort to further assess these 2 risks with JAK inhibitor treatments, a team of investigators at the 2018 ACR/ARHP Annual Meeting, October 19-24, 2018, in Chicago, Illinois, presented a systematic review and meta-analysis of phase 2 and phase 3 clinical trials evaluating the risk of developing malignancies and/or serious infections in patients administered JAK inhibitors for RA treatment.

By utilizing 5 electronic databases, http://clinicaltrials.gov, the FDA, and European Medicines Agency, the team searched for the 2 suspected risks with JAK inhibitor treatment. To search for further citations not retrieved from other sources, the bibliography list of included studies was also screened. In addition, controlled trials evaluating the efficacy of a JAK inhibitor, such as tofacitinib baricitinib, filgonitinib, peficinitinib, ABT-494, or decenotinib, were included.

The number and type of malignancies and infections as well as the time point of occurrence when available included the primary outcome data. For all trials, the primary source of data was the reported publications. Studies were independently screened by 2 reviewers who extracted data and evaluated the studies for risks of bias.

Serious adverse events that were fatal, life threatening, or lead to hospitalization composed criteria for which serious infections were defined.

Among the 36 trials analyzed, data included follow-ups from the included trials from 15,602 patients and that ranged between 4 and 52 weeks with a median of 24 weeks. For most studies, the risk of attrition bias was judged as low.

Upon looking at the results, the team observed that reported rates of malignancies and serious infections across studies ranged from 0% to 1.7% and 0% to 5.5%, respectively.

Higher rates of malignancies were experienced in patients administered the combination of JAK inhibitor plus methotrexate or JAK inhibitor monotherapy as compared with methotrexate between 12 and 24 weeks before the rescue treatment was implemented. However, statistical significance (odds ratio (OR) 1.92, 95% confidence interval (CI) 0.78 to 4.76 and 1.40, 95% CI 0.26 to 7.59, respectively) were not reached by the difference.

For future studies, the team noted that indirect comparisons of each JAK inhibitors should be made as this data would help evaluate the risk per type of malignancy or infection and assess whether the safety signals are drug dependent.