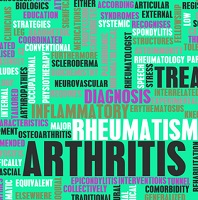 Fractalkine, also known as CX3CL1, is known to play a role in the development of many inflammatory diseases. Reporting at the American College of Rheumatology Annual Meeting in San Francisco, a team from Japan reported on a novel humanized monoclonal antibody called E6011, one that targets fractalkine-CX3CR1 with a research goal of stopping the chemokine's accumulation in inflamed tissues in rheumatoid arthritis.

Yoshiya Tanaka of the University of Occupational and Environmental Health in Kitakyushu, Japan and colleagues there and at other institutions reported on a study involving active rheumatoid arthritis patients who had inadequate re responses to MTX or TNF inhibitors.

The subjects got the experimental drug for 10 weeks.

The researchers'  primary objective was to see if the drug was safe and tolerable in these patients. In all 27 subjects received the drug, administered by subcutaneous injection.

There were no serious adverse events or deaths, they reported.

Further studies will be needed to determine efficacy, but initial results were promising, the team said.