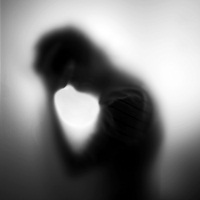 Patients with inflammatory bowel disease, such as ulcerative colitis (UC), are at an increased risk of developing mental illness, but the body of evidence to date has been limited by studies with small sample sizes.

In research presented at the American College of Gastroenterology’s Annual Scientific Meeting (ACG 2019) in San Antonio, Texas, investigators with University Hospitals Cleveland Medical Center and Cleveland Clinic Foundation relied on data collected via a large sample population to examine the epidemiology of psychiatric illness, such as major depressive disorder (MDD), anxiety disorder, and bipolar disorder, in people living with UC.

The study team combed through a commercial database containing electronic health record data from 26 major integrated US healthcare systems to aggregate a patient cohort of individuals with a diagnosis of UC and depression, anxiety, and bipolar disorder between 2014 and 2019 using the Systematized Nomenclature of Medicine-Clinical Terms (SNOMED-CT).

“This is one of the largest studies to date to describe the epidemiology of psychiatric illness in UC. Individuals with UC were more likely to suffer from depression, anxiety, and bipolar disorder compared to their non-UC counterparts,” investigators concluded. “Psychiatric illness is under recognized in UC and should be screened for and treated accordingly.”

The poster, “Epidemiology of Major Depressive Disorder, Anxiety Disorder, and Bipolar Disorder in Ulcerative Colitis in the United States Between 2014 and 2019: A Population-Based National Study,” was presented Sunday, October 27, 2019, at the American College of Gastroenterology Annual Scientific Meeting (ACG 2019) in San Antonio, Texas.

You May Also be Interested in
Most Popular
First Hypertension Drug of Its Kind Obtains FDA Approval
Evaluating a Young Patient with Joint Pain and Stiffness
Should Women Age 65 and Older Be on Hormone Therapy?
Revised Declaration of Geneva Could Replace Hippocratic Oath
Rapid Diagnostic and Drug Delivery System Developed for Brain Tumors