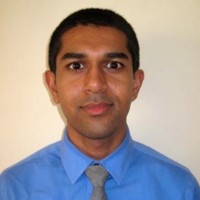 The evidence supporting fecal microbiota transplantation (FMT) as a treatment option for recurrent Clostridioides difficile infection (rCDI) is increasing, and the procedure is now widely considered a highly effective therapy.

Some studies have posited that administering loperamide prior to FMT could boost its efficacy in staving off rCDI because it could extend the amount of time donor stool is in contact with the recipient’s colon before expulsion.

Other research, however, has suggested that loperamide could be associated with megacolon.

In research presented as a poster at the American College of Gastroenterology’s Annual Scientific Meeting (ACG 2019) in San Antonio, Texas, investigators with Montefiore Medical Center sought to evaluate whether loperamide administered prior to FMT for rCDI treatment improves resolution rates.

The retrospective observational cohort study comprised patients between the ages of 18 and 75 years who underwent FMT for the treatment of rCDI between 2014 and 2017 at Montefiore Medical Center in Bronx, New York. rCDI was defined as > 3 bouts of CDI with recurrence of symptoms within 8 weeks of antibiotic therapy. Patients with severe or complicated CDI, inflammatory bowel disease, irritable bowel syndrome, motility disorder, or who were immunocompromised or did not complete the follow-up telephone survey were excluded.

Investigators gathered data on loperamide use prior to FMT and resolution of diarrhea based on chart reviews and telephone surveys with participants. The research team defined cure of rCDI as resolution of diarrhea at 8 weeks of FMT, and used bivariate analyses to compare rCDI cure rates and adverse events between those who took loperamide prior to FMT and those who did not.

“In our cohort, FMT was highly successful for the treatment of rCDI,” investigators concluded. “rCDI cure was similar between groups who did and did not receive loperamide, which may be attributable to the overall high rCDI cure rates reported. In our small study, loperamide did not result in increased FMT-related adverse events. A future trial randomizing patients with rCDI to loperamide vs placebo might provide additional insight.”

You May Also be Interested in
Most Popular
The Fear of the Coronavirus, and the Reality of the Flu
Top 10 Painkillers in the US
Implementing Price Transparency Tools at Ambulatory Care Centers
Telemedicine Valuable for Pregnant Women With Opioid Use Disorder
Depression Linked to All-Cause and Cardiovascular Mortality