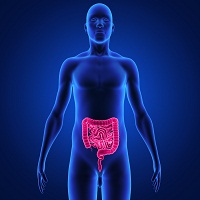 The medication used to treat inflammatory bowel disease (IBD) can vary based on the age of the patient.

In research presented as a poster at the American College of Gastroenterology’s Annual Scientific Meeting (ACG 2019), a team of investigators, led by Edward Barnes, MD, University of North Carolina, showed data from the TARGET-IBD longitudinal cohort study examining IBD patients receiving usual care at community and academic practices in the US.

The investigators estimated the prevalence of medication use by drug class at the time the patients with both ulcerative colitis and Crohn’s disease enrolled in the study between 2017-2019.

At enrollment, the most common medication for Crohn’s disease patients at least 65 years old was mesalamine (34%), as well as among ulcerative colitis patients across all age categories (58-77%).

The use of mesalamine increased with advancing age. Patients with Crohn’s disease at least 65 years old were more than twice as likely to be users of mesalamine at enrollment than patients younger than 30 (P < .0001).

For patients with either Crohn’s disease and ulcerative colitis, anti-tumor necrosis factor alpha (anti-TNF) use decreased in patients older than 65 when compared to patients’ younger than 30.

There was also no association found between age, type of IBD, insurance, gender, race or cardiovascular disease and the odds of biologic use in patients older than 65.

There is currently much less known about the impact of IBD-related medications for geriatric patients than there is for younger patients.

The investigators believe the study shows the need to examine the association between age and IBD medication further.

“Elderly patients with IBD, whether those with new diagnoses or individuals with longstanding disease make up a substantial portion of the IBD population,” the authors wrote. “Given that elderly patients demonstrate significant differences in medication use patterns compared to younger patients with IBD, studies of efficacy and adverse events specific to this population are warranted.”

The poster, “Medication Use and Comorbidities Among Elderly as Compared to Younger Patients With Inflammatory Bowel Disease in the TARGET-IBD Cohort,” was presented Monday, October 28, 2019, at the American College of Gastroenterology Annual Scientific Meeting (ACG 2019) in San Antonio, Texas.