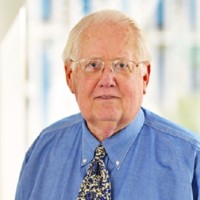 Efficacy of the study drug was not affected by clarithromycin or metronidazole resistance, and no resistance to RHB-105 was noted pre- or post-treatment. Compliance was similar across both treatment arms, and adverse events were comparable as well, with no drug-related serious adverse events reported in either group. Diarrhea (10.1% vs 7.9%) and rash (1.3% vs 0.0) were the most common adverse events reported in the RHB-105 arm ( >1% over comparator). In patients who failed double-blinded therapy, the physician-directed standard-of-care (primarily clarithromycin or metronidazole based) eradication rate was 53%.

“The efficacy for RHB-105 was substantially greater due to rifabutin and the difference was statistically significant and clinically meaningful,” investigators concluded. “RHB-105 may be a new best in class, first line empiric treatment for H pylori infection, with the potential to serve an unmet need in an environment of increasing antibiotic resistance.”

In an interview with MD Magazine®, presenting author David Y. Graham, MD, MACG, professor of medicine and gastroenterology at the Baylor College of Medicine, discussed how this agent would fit into the current treatment landscape.

“There was opportunity, [and we] needed something that was new and this is an option because there's no resistance yet to rifabutin and very low resistance to amoxicillin,” he said. “There’s only 1 approved drug right now that works [for H pylori eradication]…[so] the key was to work out a combination that worked, and they came up with a combination that's all-in-one and convenient…[This approval would provide] another therapy that does work [and] is very well-tolerated.”

Graham also explained how the current treatment regimens have bred resistance and how RHB-105 could potentially solve that problem.

“The resistance comes because of misuse of the antibiotic…People don’t use rifabutin. It’s used for drug-resistant tuberculosis long-term; very few people get it,” he said. “Unless they start abusing it, resistance should stay very very low.”

You May Also be Interested in
Most Popular
The Fear of the Coronavirus, and the Reality of the Flu
Ustekinumab Successful as a Target Therapy for Crohn's Disease
Top 10 Painkillers in the US
Family Therapy Reduces Adolescent Substance Abuse, PTSD Symptoms
Implementing Price Transparency Tools at Ambulatory Care Centers