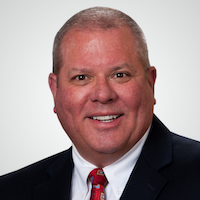 There may be a new option emerging for pediatric patients with inflammatory bowel disease (IBD) who have failed anti-tumor necrosis factor (anti-TNF) therapy, a patient population currently with a dearth of treatment options.

In research presented as a poster at the American College of Gastroenterology’s Annual Scientific Meeting (ACG 2019), a team of investigators, led by Harry Sarles Jr., MD, Medical Director for the DHAT Research Institute, presented data from a retrospective study of pediatric IBD patients who received vedolizumab (VZD) for at least 12 months.

While vedolizumab has proven safe and effective for adults with refractory IBD, the long-term outcomes for pediatric IBD patients are not well known.

The study included 29 pediatric IBD patients treated with vedolizumab since the medication gained US Food and Drug Administration approval in 2014. At baseline, the mean age was age 14±3.2 years, with 17 male patients (59%), 16 (55%) suffering from Crohn’s disease (CD) and 13 (45%) having ulcerative colitis (UC).

Efficacy data is presented for 24 patients treated with the medication for 1 year and for 14 patients for 2 years.

The most common adverse events that occurred were headache and fatigue with no drug discontinuations occurring because of adverse events. There was also only 1 IBD-related emergency department visit and 3 IBD-related hospitalizations, with 2 resulting in surgeries.

“Our data suggest that VDZ is effective in achieving clinical remission in pediatric IBD [patients] with prior anti-TNF failure, with minimal safety concerns,” the authors said. “We observed early and sustained remission rates in both UC and CD [patients], with CD [patients]Vide experiencing higher rates than previously reported in literature.”

The investigators said additional studies are needed to determine the role of vedolizumab in the treatment of pediatric IBD.


You May Also be Interested in
Most Popular
The Fear of the Coronavirus, and the Reality of the Flu
Top 10 Painkillers in the US
MDNN: CVS Health Buys Aetna, D-cycloserine for Tuberculosis, Unsafe Abortions, and Childhood Obesity
The Art of HANDOFFS: A Mnemonic for Teaching the Safe Transfer of Critical Patient Information
Bempedoic Acid and Ezetimibe Combination Approved by FDA for Lowering LDL-C