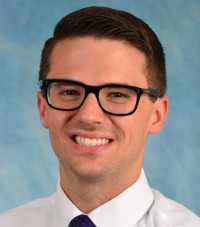 Investigators at University of North Carolina, Chapel Hill, however, are evaluating the efficacy of repeating the IV infusion to recapture response in patients experiencing secondary loss of response to the monoclonal antibody.

In research presented at the American College of Gastroenterology’s Annual Scientific Meeting (ACG 2019) in San Antonio, Texas, the research team reports on findings from a retrospective cohort study of patients who lost response to ustekinumab after the initial IV induction and subcutaneous maintenance therapy.

The study population received a second intravenous ustekinumab loading dose, according to standard weight-based dosing recommendations. Investigators defined response as resolution or improvement of the clinical symptoms that led to a second intravenous infusion in the first place.

The team analyzed participants’ clinical and demographic characteristics, including phenotype, prior therapies, and the efficacy of ustekinumab after the second infusion.

A total of 372 patients received ustekinumab between 2016 and 2019, 18 (5%) of whom experienced secondary loss of response to the initial IV regimen and required a second IV loading dose. In the reinduction group, the median age of diagnosis for CD was 20.5 years and median duration of disease was 14 years. These 18 patients had all failed prior biologic therapy and were put on ustekinumab as second line (22%), third line (27%), fourth line (33%), fifth line (6%), or sixth line therapy (11%).

Investigators observed clinical response in 15 patients (83%) who underwent the second IV reinduction. Three patients (17%) did not respond and were taken off the therapy. Five (33%) of the 15 patients receiving a second loading dose of ustekinumab continued every 8-week dosing, 6 (40%) continued 6-week dosing, and 4 (27%) required dosing every 4 weeks.

You May Also be Interested in
Most Popular
High-Potency Cannabis Linked to Poor Mental Health
US Medical Groups Share Front Against Racism, Healthcare Disparity
Study Finds Marijuana Use Not Linked to Increased Stroke Risk
Upadacitinib Outperforms Placebo, Adalimumab for Psoriatic Arthritis
What Should I Do With This Abnormal ALT?