Hepatitis C: To Stage or Not to Stage? 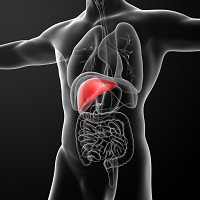 In this new era of rapidly improving cure rates for hepatitis C virus (HCV) thanks to a new generation of drugs, do we still need to stage HCV prior to therapy? Stanley M. Cohen, MD, professor of medicine and medical director of hepatology, University Hospitals Case Medical Center, Case Western Reserve School of Medicine, began his presentation at the American College of Gastroenterology 2014 Annual Scientific Meeting and Postgraduate Course by asking whether new science should make clinicians change old ways of doing things.

He proceeded to make a clear case for the ongoing importance of staging as part of HCV, reviewing the advantages and disadvantages of various invasive and noninvasive staging modalities, and suggesting that there may be better alternatives (such as elastography) to the old standby of liver biopsy.

He told the audience that AASLD/IDSA guidelines still call for staging as part of assessment and management in HCV, and state that “evaluation for advanced fibrosis, using liver biopsy, imaging, or non-invasive markers, is recommended in all persons with HCV infection to facilitate an appropriate decision regarding HCV treatment strategy and determine the need for initiating additional screening measures.”

Noting that some HCV therapies (especially interferon, ribavirin, and boceprevir/telaprevir) are associated with adverse events (AE) that can affect treatment adherence and quality of life, Cohen said that if sustained virologic response (SVR) rates and AE rates are about equal, then staging and grading HCV can “help determine who to treat and who to defer.” He also shared data from studies of treatment-naïve patients with HCV (the ADVANCE study with telaprevir and the SPRINT-2 study with boceprevir) that showed lower SVR rates in patients with more advanced fibrosis staging. Thus, if SVR rates and treatment regimens (advanced fibrosis stage patients did poorer with shorter treatment duration in the SPRINT-2 study) vary based on staging, clinicians need to know, said Cohen.

Up to 20% of patients with HCV develop cirrhosis, said Cohen, and because of the consequences associated with this (annual rates of around 6% for developing decompensation, 4% for hepatocellular carcinoma, and 4% for death) it is important to stage patients. With about half of cirrhotic patients developing varices at some point, and up to 15% of those developing variceal bleeding (which is associated with a greater than 20% mortality rate within 6 weeks), it is also important to stage patients to know who to screen for this.

Cohen also noted that although “we can cure HCV in up to 80-90% of patients, it doesn’t mean we’re curing cirrhosis of the liver. We need to stage patients with cirrhosis to evaluate for liver cancer.”

There are several staging options for HCV, with liver biopsy being the most invasive. A liver biopsy can confirm a clinical diagnosis of HCV, assess the level of fibrosis, evaluate for other disease processes (such as NASH), and more. Up to now, it has been considered the “gold standard” for staging. However, there are drawbacks that reduce the attractiveness of biopsy as an option for staging. For one, it is often painful, with one study finding that more than 80% of patients report experiencing pain of some degree during the procedure, and 25% report experiencing significant or severe pain. Biopsy is also associated with bleeding (about 1 in 500 patients experience this, with some experiencing severe bleeding).

The quality of the biopsy itself can also vary, making it less useful as a diagnostic and assessment tool. Cohen said one study showed that only about 1 in 5 biopsies adequately met specifications, with more than half (56%) deemed “suboptimal,” and nearly a quarter (23%) deemed “inadequate). Liver biopsy is also associated with a high rate of sampling errors, resulting in over- and under-staging.

FibroTest/FibroSure uses a combination of blood tests and age and gender to give a fibrosis score. Depending on what cut-off value is used when analyzing results, sensitivity and specificity to detect advanced fibrosis can vary greatly. Aspartate Aminotransferase-to-Platelet ratio index (APRI) can similarly vary depending on cut-off value. Both tests capably predict severe fibrosis and cirrhosis, but don’t differentiate moderate/intermediate fibrosis from mild or severe cases. FibroSPECT II is also good for establishing the presence or absence of significant fibrosis but is not useful in differentiating intermediate stages.

Cohen said that because of their limitations, it is not clear which fibrosis marker is the best option, and clinicians have to take into account availability, cost, and accuracy.

Another non-invasive staging option now available is vibration-controlled transient elastography (FibroScan). This ultrasound test samples a larger volume of the liver compared with biopsy, and has been shown in studies to have good sensitivity and specificity for detecting advanced fibrosis and cirrhosis. Cohen said it is relatively easy to use and can be performed by non-physicians. Disadvantages include the high cost of equipment, potential billing and reimbursement issues, reduced accuracy in patients with significant inflammation, and limited usefulness in patients with significant ascites.

Cohen said a better approach would be to combine testing modalities. One example is the SAFE biopsy (sequential algorithm for fibrosis evaluation), which calls for the use of APRI, then FibroTest, then liver biopsy if previous results are unclear. This approach reduces the number of biopsies performed for similar results.

In conclusion, Cohen said there is still a role for staging in HCV, but more for cirrhosis determination and not really for treatment eligibility anymore. There is an “emerging role for non-invasive testing” in HCV staging, but additional research is needed to optimize choices for combined testing.


You May Also be Interested in
Most Popular
The Fear of the Coronavirus, and the Reality of the Flu
Top 10 Painkillers in the US
Father's Depressive Behaviors Negatively Influence Children
When to Suspect Diarrhea is Symptom of a Clostridium Difficile
Bempedoic Acid and Ezetimibe Combination Approved by FDA for Lowering LDL-C