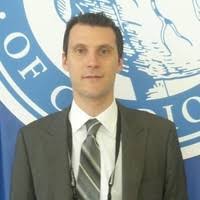 Too much sleep or too little sleep increases the risk of heart disease, according to new data presented at American College of Cardiology’s Annual Scientific Session Together with World Congress of Cardiology (ACC.20/WCC).

Individuals who sleep 7-8 hours a night had significantly less evidence of artery stiffness than people who sleep for either longer or shorter durations per night. This indicates that 7-8 hours of sleep reduces the risk of developing heart disease or suffer a stroke.

The study included data from the sleep patterns of 1752 individuals living in the Corinthian region of Greece. The investigators used a standard questionnaire, which was fielded by a trained cardiologist, primary care provider, or nurse.

The individuals included in the study included both healthy people, those with known cardiovascular risk factors, and those with established heart disease.

The majority of the participants are from rural areas with less than 1000-2000 inhabitants. The ages included in the study range from 40-98 years old, with a mean age of 64.

At the baseline examination, each participant underwent ultrasound imaging to measure the thickness of the inner part of the arterial wall.

The investigators defined atherosclerotic plaque as intima media thickness of > 1.5 mm or protrusion > 50% compared to nearby segments of the artery wall.

The team found a U-shaped pattern between sleep durations and the early indicators of atherosclerosis. Oikonomou said this underscores the need for a balanced sleep pattern and intima media thickness and plaque build-up was greater in both the longer and shorter sleep groups.

“We don’t fully understand the relationship between sleep and cardiovascular health. It could be that sympathetic nervous system withdrawal or a slowing [of this system] that occurs during sleep may act as a recovery phase for [usual] vascular and cardiac strain,” Evangelos Oikonomou, MD, consultant cardiologist and the study’s lead author, said in a statement. “Moreover, short sleep duration may be associated with increased cardiovascular risk factors—for example, unhealthy diet, stress, being overweight or greater alcohol consumption—whereas longer sleep duration may be associated with a less active lifestyle pattern and lower physical activity.”

The investigators accounted for other known risk factors for heart disease or stroke and still found people who slept less than 6 hours or more than 8 hours had greater odds of having plaque building in the walls of carotid arteries—representing a 54% and 39% increase respectively.

Subjects with normal sleep durations had less prevalence of diabetes melitus (P = 0.001). However, there was no difference in other cardiovascular risk factors.

“The message, based on our findings, is ‘sleep well, but not too well.’ Getting too little sleep appears bad for your health but too much seems to be harmful as well,” Oikonomou said.

Oikonomou said 1 bright spot is sleep habits can be altered, unlike other heart disease risk factors like age and genetics.

Currently, US guidelines recommend adults sleep between 7-9 hours per night. However, only 2 out of 3 American adults get enough sleep, according to the US Centers for Disease Control and Prevention (CDC). Poor sleep is also linked to a number of other negative outcomes, including a higher risk of obesity, diabetes, high blood pressure, heart disease, poor mental health, and early death.

You May Also be Interested in
Most Popular
ACR Issues Recommendations for Hydroxychloroquine Use for COVID-19
Comparing RT-PCR and Chest CT for Diagnosing COVID-19
Flu Cases Near 30 Million in the US, CDC Reports
Gastrointestinal Issues Could Help Diagnose Coronavirus
Low-Risk TAVR Sustains Benefits at 2 Years in PARTNER 3