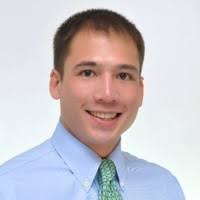 The trial data, presented virtually at the ACC.20 Together with Word Congress of Cardiology (ACC/WCC) Scientific Sessions, show the angiotensin receptor-neprilysin inhibitor therapy’s rapid and reversible effect on NT-proBNP levels among patients with HF with preserved ejection fraction (HFpEF) and left ventricular ejection fraction (LVEF) ≥45% when comparted to lone valsartan.

Presenting author Jonathan Cunningham, MD, of Brigham & Women’s Hospital, and colleagues sought to assess the relationship between NT-proBNP and HFpEF patient outcomes, and the relative effect of sacubitril/valsartan as observed in the Novartis-sponsored PARAGON-HF.

The original trial reported results showing the combination therapy led to a non-significant reduction in total HF hospitalizations and cardiovascular deaths among patients with HF and LVEF ≥45%. More particularly, benefit was observed to be greater among women and patients with lower baseline LVEF.

PARAGON-HF required patients’ NT-proBNP was centrally measured at baseline screening, and at 5 subsequent times, in more than 2700 patients. Screenings were conducted before, between, and after sequential therapy run-in periods, and again at 16 and 48 weeks post-randomization.

Cunningham and colleagues observed a median NT-proBNP level of 911 ng/L at screening (interquartile range [IQR], 464-1613). They found screening NT-proBNP levels was strongly predictive of patients achieving the primary endpoint (rate ratio 1.68 per long increase in NT-proBNP; P <.001). However, the levels did not modify treatment effect.

The reductions observed among patients treated with sacubitril/valsartan versus lone valsartan were similar among men (20%) and women (18%), and in patients with low (≤57%) LVEF (20%) and higher LVEF (18%).

Cunningham and colleagues observed that NT-proBNP was a strong predictor of HFpEF-related events, risk in patients with atrial fibrillation, and moderate risk in obese patients with lower NT-proBNP.

In an editorial accompanying the new PARAGON-HF findings, James Januzzi, MD, of Massachusetts General Hospital and Harvard Medical School, and Peder Lageland Myhre, MD, PhD, of Akershus University Hospital and the University of Oslo in Noway, noted the history of hope associated with testing NT-proBNP as a biomarker of LVEF and HFpEF.

“There are indubitable advantages to this approach both for improving the diagnostic specificity and to enrich risk,” they wrote. “However, there are a several caveats that must be discussed.”

The pair argued NT-proBNP is a “less perfect biomarker” in HFpEF than it is in those with reduced LVEF—as it is likely based on evidence from PARAGON-HF and similar datasets that a more complex biomarker strategy is ideal for the HF subset population.

Adding a supplementary biomarker less confounded to the criteria of patient selection in randomized controlled trials, Januzzi and Myhre wrote, may allow for both lower NT-proBNP thresholds and retained specificity and baseline risk in the trials’ patient population.

“A combined biomarker strategy may also be applicable as an enhanced surrogate end-point to improve the translation to clinical outcome measures,” they wrote. “There are several biomarker candidates for such strategy, including cardiac troponins and insulin-like growth factor-binding protein7. Whether this is a path forward or not, it is worth considering next steps to better manage this complex and challenging population of patients.”

Nonetheless, Cunningham and colleagues concluded sacubitril/valsartaned was associated with a 19% reduction in NT-proBNP, with similar rates across sexes and LVEF levels.

The study, “Effects of Sacubitril/Valsartan on N-Terminal Pro-B-Type Natriuretic Peptide in Heart Failure with Preserved Ejection Fraction,” was presented at ACC 2020.