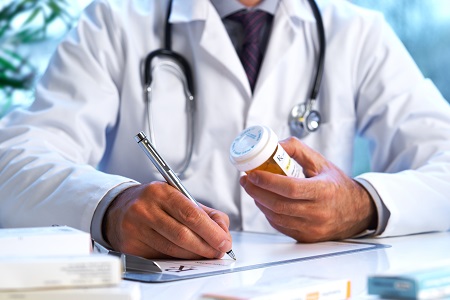 In new trial data planned for presentation at the ACC.20 Together with Word Congress of Cardiology (ACC/WCC) Scientific Sessions this year, investigators found the drug class—despite having been a marketed adjunct therapy to maximally tolerated statin treatment in patients with FH since 2015—is of notably lesser use than statins.

The retrospective analysis, led by Candace Jackson of the Mayo Clinic, assessed administrative claims data from the OptumLabs Data Warehouse from October 2016 to January 2019. The team sought to assess treatment patterns in the FH patient population—a group burdened with an inherited disorder putting individuals at notable risk of premature cardiovascular disease.

Investigators included individuals diagnosed with FH based on ICD codes, with differences in treatment between various patient groups and demographics evaluated with chi-square tests for categorical variables.

The patient population included 65,210 individuals with an FH diagnosis. Mean patient age was 63.3 years old, with a majority (52%) being women, and one-eighth (12.7%) were African-American.

The availability and use of PCSK9 inhibitors since making the cardiovascular market a half-decade ago has been marked by concerns regarding their cost and patient coverage for care. In an interview with HCPLive® while discussing ACC 2020, Roxana Mehran, MD, noted the impact of promising, new PCSK9 inhibitor clinical data is reduced by these facts.

“We all need to think about how we incorporate the use of these novel agents into a better, more effective, more swift way of reducing LDL and pushing the envelope for our patients—not just those who are at high risk, but also in primary prevention,” Mehran noted. “Of course, it's a cost issue, but the more of these agents that become available, I think there will be a lot of competitive pricing.”

While Jackson and colleagues’ findings evidence their limited use among patients with FH, they also indicate particular issues of usage among differing patient groups overall.

The study was planned for presentation at ACC 2020.

You May Also be Interested in
Most Popular
Top 10 Painkillers in the US
Denise Daley, PhD: Early Asthma Interventions for Infants
When to Suspect Diarrhea is Symptom of a Clostridium Difficile
Anne Fung, MD: Phase 3 ARCHWAY Top Line Results
Flu Cases Near 30 Million in the US, CDC Reports