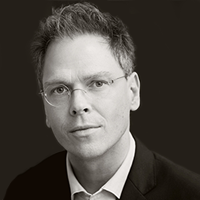 In new trial data presented by author Brian A. Ference, MD, MPhil, MSc, of the University of Cambridge, investigators showed the effect of polygenic scores on lifetime atherosclerotic cardiovascular disease (ASCVD) risk, based on differing levels of LDL-C and SBP.

Ference and colleagues sought to evaluate just how variable lifetime cardiovascular disease is at all levels of polygenic scores (PGS), and to derive inferences about how a PGS for disease plus information about LDL-C and SBP can inform clinical decision-making.

He noted that recent evidence suggests the biological impact of LDL-C and SBP—which are modifiable levels of cardiovascular disease risk—accumulate over time.

Investigators assessed the data from 445,566 participants enrolled in the UK Biobank. The population was 54% female, with a mean age of 57.2 years at enrollment. Patients were followed up for a mean 8 years.

Mean patient LDL-C was 138 mg/dL, and mean SBP was 137.8 mmHg. Investigators assessed for a primary outcome of major coronary events, defined as the first occurrence of fatal or non-fatal myocardial infarction, or coronary revascularization.

Ference and colleagues deconstructed a polygenic score with 4,051,820 variants into an LDL-C score, and SBP score, and a residual PGS (rPGS) representing all other pathways. The effect of rPGS on lifetime risk of major coronary events was evaluated at differing levels of participants’ lifetime exposure to LDL-C and SBP, all genetically influenced.

The risk varied by ten-fold within each decile of rPGS based on the participants’ lifetime exposure to LDL-C and SBP. Event risk varied between 32.1% and 92.6% among men with high LDL-C (177 mg/dL) and SBP (142.5 mmHg) across each increasing decile of rPGS.

Within each observed decile of rPGS, 70.4% to 91.3% of each major cardiovascular event was attributable to increased levels of LDL-C and SBP.

Ference concluded lifetime risk of major cardiovascular events remained low with lifetime exposure to LDL-C and SBP, at all levels of rPGS.

“Therefore, lifetime exposure to LDL and SBP appear to be stronger determinants of cardiovascular risk than polygenic predisposition,” investigators wrote.

The study, “Integrating The Effect Of Polygenic Scores, Low Density Lipoproteins And Systolic Blood Pressure On The Lifetime Risk Of Cardiovascular Disease,” was presented at ACC 2020.