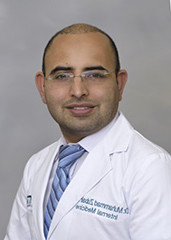 While multiple previous studies have detailed the additional risk of arrhythmias associated with patients who have cancer, new data is shedding light on which forms of cancer carry the greatest risk.

Presented at the American College of Cardiology’s Annual Scientific Session Together with World Congress of Cardiology (ACC.20/WCC), the study, which included data from more than 140 million, revealed all cancer patients had a 2.3-fold increased risk of having atrial fibrillation (AF) and patients with prostate, colon, lung, and breast cancers had the highest risk among all cancer types.

“Based on our findings, certain patients should be considered at higher risk of AFib and may benefit from cardiac evaluation and appropriate treatments, whether it be with medication or ablative techniques, to help improve the survival rates in the long-term,” said lead investigator Muhammad Khan, MD, a resident at St. Mary Medical Center in Langhorne, PA, in a statement.

With AF posing a major risk to cancer patients, Khan and a team of colleagues sought to determine whether cancers known to release more systemic inflammatory markers were associated with a higher incidence of AF through an analysis of data from the National Inpatient Sample (NIS). Using a range of time from 2012-2015, investigators identified a cohort of 143,2111,398 individuals from the NIS database.

For the purpose of the analysis, investigators used Pearson chi-square and binary logistic regression analysis to assess the association of individual cancer types with AF. ICD-9-CM codes were used to identify and verify variables.

When examining adjusted risk for each cancer type, results indicated patients with prostate cancer had the greatest odds of having AF at 1.63-fold increased risk. Prostate cancer was followed by lung (1.6), colon (1.53), breast (1.43), pancreas (0.94), leukemia (1.34), non-Hodgkins lymphoma (1.44), Hodgkins lymphoma (0.92), and thoracic (1.44) cancer. Investigators noted there was no significant association observed between thyroid carcinoma and AF.

An additional analysis performed by investigators assessed whether AF in cancer patients was associated with an increase in mortality risk. Results of this analysis revealed higher mortality in patients with AF and prostate cancer (2.31 vs 3.28%), Non-Hodgkins lymphoma (1.61 vs 1.64%), and colon cancer (2.2 vs 2.46%) (P< .001).

“We found 2.3-fold increased odds of having AFib with all cancers studied. There was a greater than 50% increased risk of AFib in prostate, colon, and lung cancer patients. Of these three, those with prostate cancer had the highest risk of AFib,” said Khan in the aforementioned statement.

This study, “Prevalence of Atrial Fibrillation with Cancers and Associated Mortality: A Retrospective Study,” was presented at ACC.20/WCC.