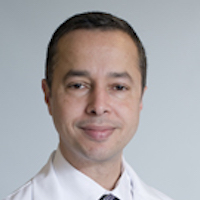 A new study to be presented at the American College of Cardiology (ACC) 2019 Annual Scientific Sessions in New Orleans, LA, this weekend reports an independent association between air pollution and arterial inflammation—and that the former could serve as a predictor to major adverse cardiovascular events (MACE), including stroke and myocardial infarction.

In an interview with MD Magazine®, study author and presenter Ahmed Tawakol, MD, director of Nuclear Cardiology and associate professor of Medicine, Harvard University and Massachusetts General Hospital, explained the significance of these novel findings among a current of related cardiovascular disease-pollution association studies. Tawakol also shared ideas of other factors that could possibly be associated with their found link, and suggestions for preventive measures.

MD Mag: Could you highlight the study’s planning, and its most notable findings?

The mechanisms that have linked air pollution to cardiovascular disease have been under study for quite a while. Much has been learned about that; it appears that inflammation plays an important role. But the details of how this plays out are under quite a bit of debate, and are hotly investigated. So we sought to understand how air pollution may have led to cardiovascular disease.

We had a population of 477 patients who had PET/CT scans as part of cancer screenings, who were found to not have active cardiovascular disease nor cancer. They were then followed for subsequent cardiovascular diseases for the next 5 years. We used their home addresses to develop a map of air pollution, then asked, “To what degree does air pollution link to their subsequent development of heart attacks and strokes?”

We ended up observing events in 39 of the 477 individuals. The risk factors among individuals who had events were the typical risk factors: advanced age, smoking, hypertension, diabetes, higher Framingham risk scores. We found a higher degree of particulate matter—if the local pollution was greater than the median, there was a substantial increase in arterial inflammation compared to individuals with lower mean pollution. This remained significant even after adjusting for cardiovascular disease risk factors.

So, a higher inflammation associated with an increased risk of adverse events. This was also significant when adjusting for socioeconomic factors such as income. We adjusted for those factors because there’s an association between air pollution and socioeconomics. We wanted to see if there was an association independent of that risk factor, and there was.

Regarding socioeconomic factors: is there a chance that patient characteristics relevant to that factor could also influence this association?

That’s interesting. There are studies, even recently, that show disproportionate impact of pollution on individuals residing in locales with lower socioeconomic status. With that, comes lesser access to care and other medical comorbidities as well. We attempted to adjust for several of those co-variables, including socioeconomic status, insurance status, distance to the hospital, and we are further looking into other factors. But so far the link between air pollution and cardiovascular disease is significant, independent of those factors.

Presenters at ACC have emphasized a prioritization of advancing prevention of cardiovascular disease, over reactive treatment. Could this idea be applied to your findings?

Well, one way to try to reduce air pollution is through policy, but that’s obviously very challenging. Another way to do it more distally is by having individuals use air purifiers, and to avoid areas that are polluted. In studies that have randomized some patients to use purifiers, some have shown some benefits in terms of intermediate success, such as inflammatory measures.

Another intriguing possibility, given that we see arterial inflammation substantially increases in proportion to air pollution, is can we target arterial inflammation among individuals in more polluted areas as a risk factor? This is something we could consider. We could address air pollution like we would other risk factors, and have that help inform our decision of whether or not to start statin therapy as a preventive measure.

There have been some studies that show that those who are on statins have less of an inflammatory response to inflammation than individuals who are not. But perspective studies would be needed to further consider that.

You May Also be Interested in
Most Popular
Top 10 Painkillers in the US
Researchers Find Cause, Possible Treatment for Cardiovascular Risks in HIV Patients
Household Chemicals and Diabetes: A Surprising Link
Ofri Mosenzon, MD: Dapagliflozin Impact on Renal Outcomes
Do EMRs Provide Clinically Relevant Information?