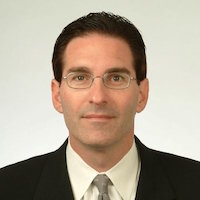 Sodium glucose co-transporter 2 inhibitors have put cardiologists and physicians alike in the driver’s seat for managing the care of patients with high-risk cardiovascular disease including heart failure (HF). But there’s still some progress to be made in understanding the particularities of differing SGLT-2 inhibitors—as well as in establishing which care provider treats which patient.

In the second segment of a two-part interview with MD Magazine® at the American College of Cardiology (ACC) 2019 Annual Scientific Sessions in New Orleans, LA, Gregg C. Fonarow, MD, director of the Ahmanson-UCLA Cardiomyopathy Center and co-chair of the UCLA Preventative Cardiology Program, delved into how SGLT-2 inhibitors currently compare, what the next round of clinical data will reveal about them, and what the cardiovascular-risk patient’s network of care providers looks like today.

MD Mag: It’s been an increasingly competitive field for SGLT-2 inhibitors. Headed into ACC, can you give us an idea of how they compare?

Fonarow: You know, it’s a really great question. We have not had head-to-head trials for cardiovascular outcomes among SGLT-2 inhibitors. What’s remarkable is that, consistently across the cardiovascular outcome trials, there’s been an impressive risk reduction for that endpoint of cardiovascular death and HF hospitalization. There’s clearly been differences among the trials, as to what type of patients have been randomized, whether they’ve been exclusively randomized—others have had a mixed population of those with or without documented hospitalizations. But what’s been so consistent has been the reduction of risk for hospitalization due to HF.

There’s some debate about the extent of events like stroke and myocardial infarction (MI). There may be some important differences among the individual medications in the class, but what’s so remarkable is how this class of medications stands out among all other classes of medications.

Certainly, there’s been some interest in the GLP-1 agonists, especially when it comes to HF outcomes. But when it comes to reducing cardiovascular death and all-cause mortality, they’re not even close. I think what’s most notable is how the SGLT-2 inhibitors stand out from other classes of medication for type 2 diabetes (T2D).

There’s a lot of exciting data forthcoming, where we’ve heard topline results trials stopped due to benefit, that will be reported in the near future. The anticipation is that data is just going to continue to strengthen.

In the following year, what kind of advances in assessing SGLT-2 inhibitors can be made?

I think the next generation of trials will be the ones that explicitly evaluate the drugs as a HF therapy. Specifically, the trials will be looking at HF with preserved ejection fraction (HFpEF), initiating therapy in the hospital for patients with acute decompensated HF. I think that type of data is going to be very informative to clinicians.

A large challenge, though, will be in translating the data we have right now into actual clinical practice. There still remains a tremendous treatment gap, where millions of these patients are being treated with therapies that improve their hemoglobin 1C, but does not have a meaningful impact on their cardiovascular outcomes.

The other challenge is that, while many people recognize there’s a cardiac risk from having diabetes, people really tend to focus on MI and stroke risk, and not the substantial HF risk. We’re really entering an era where a much greater focus is on a primary treatment for preventing HF. A lot of work needs to be done on more effective population health, and implementation to where our trials and guidelines can be applied routinely in practice.

What does the network of care providers currently look like for these possibly comorbid, likely at-risk cardiovascular patients?

All these patients fall between a number of different clinicians involved in their care. In HF, a patient is care for by a specialist as well as a general cardiologist—and also, in a large proportion, a primary care provider. So, those individuals need to be aware of the guidelines, to be able to implement the guidelines. Not just getting patients the right medication—but the right dose.

The big challenge for patients with T2D is that some are being treated by endocrinologists, but there’s others—primary care physicians, general cardiologists—and there’s confusion about responsibilities of who initiates therapy or protective medications. It’s as we’ve seen in the evolution over time, from when people would view the lipid management and use of statins as outside the realm of what cardiologists manage. We need to change the mindset so that everyone involved on the care team has a vested interest for collaboratively getting key, evidence-based, guideline-directed therapies initiated, maintained, and optimized in patients.

You May Also be Interested in
Most Popular
Top 10 Painkillers in the US
Suffering in Silence: The Scourge of Physician Suicide
Phase 3 Study Supports Use of Teprotumumab for Thyroid Eye Disease
Bipolar Disorder Symptoms Delayed After Family Psychotherapy
Do EMRs Provide Clinically Relevant Information?