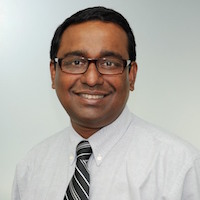 The study—led by Dr. Sanjoy Paul, a professor of Medicine at Royal Melbourne Hospital in Australia—was driven by recent contradictory findings in assessments for SGLT-2 inhibitors’ association with amputation risk.

Investigators used information from primary and ambulatory care electronic medical record to identify 3,060,562 patients in the US and UK. Mean patient follow-up period was 3.5 years.

In patients without a history of amputation at ID, .18% had any amputation over the follow up, with rates of any and lower limb amputation similar in SGLT-2 inhibitors and incretins.

Compared to ADD group, adjusted risk of any amputation was 26% lower for SGLT-2 inhibitors, 29% for GLP-1 receptor agonists, and 41% for DDP-4 inhibitors.

Patients with peripheral vascular disease had more than a three-fold higher risk of amputation, investigators noted.

Investigators concluded that, based off the information, T2D patients had a reasonably low rate of amputation at a population level. Additionally, the risk of amputation in patients treated with SGLT-2 inhibitors and incretins was not higher compared to other ADDs.

Head-to-head comparative trials of emerging T2D and cardiovascular therapies such as SGLT-2 inhibitors and GLP-1 agonists have been a point of discussion at ACC 2019. In praising the consistent cardiovascular outcomes among the inhibitors, Gregg C. Fonarow, MD, told MD Magazine® the true debate of which therapy is the most safe and efficacious with comorbid-risk patients is reserved for the SGLT-2 class.

“There may be some important differences among the individual medications in the class, but what’s so remarkable is how this class of medications stands out among all other classes of medications,” Fonarow, director of the Ahmanson-UCLA Cardiomyopathy Center and co-chair of the UCLA Preventative Cardiology Program, explained.

In an interview with MD Mag, Steve Nissen, MD, chairman of the Department of Cardiovascular Medicine at the Cleveland Clinic, called for comparative efficacy trials among the agonists and inhibitors for diabetes indications—as it would address what has become “the epidemic of the decade.”

“Those trials tend to be large, long-term, complex, and costly, but the payoff for patients and for doctors is that both the physician and the patient will learn what works the best,” he said. “Industry doesn't like head-to-head trials because they're risky, but that's where the evidence comes from.”

The study, “Amputation Risk in Patients Treated With Anti-Diabetic Drugs Including Sodium-Glucose Co-Transporter-2 Inhibitor and Incretins: A Comparative Real-World Outcome Study,” was presented at ACC 2019.