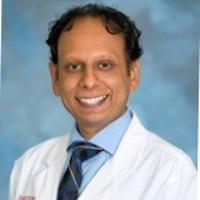 Waseem Shami, MD
According to a recent study presented at the 67th American College of Cardiology’s Annual Scientific Session, researchers suggest that listening to music during a standard cardiac stress test can help extend the time someone is able to perform the test.

The study yields important information about an individual’s heart health and capacity for exercise. While earlier studies have examined how music might influence specific markers of heart health, this is the first study to evaluate its impact on exercise tolerance during cardiac stress testing.

On average, those who listened to music during the test were able to exercise for almost 1 minute longer than those who didn’t.

“At least on a small scale, this study provides some evidence that music may help serve as an extra tool to help motivate someone to exercise more, which is critical to heart health,” lead author, Waseem Shami, MD, cardiology fellow, Texas Tech University Health Sciences, said in a statement. “I think it’s something we intuitively knew, but we found [to be true]. I suspect if it had been a larger study, we’d see a bigger difference.”

A total of 127 patients, 53 years of age on average, who were scheduled for a routine electrocardiogram (ECG) treadmill stress test were randomly assigned to either listen to up-tempo music (mostly Latin-inspired music) or have no music play during their test. To blind staff and clinicians, all participants wore headphones during the test.

All participants had similar medical histories including diabetes and hypertension; a majority were Hispanic. The study included more females than males in both groups (61.2% and 66.7% in the music and control groups, respectively).

Researchers concluded that exercise time was significantly longer, by 50.6 seconds, in the music group versus the control group (505.8 versus 455.2 seconds). Additionally, there was a non-significant trend toward longer MET when compared with the non-music group.

There was no difference in how patients were able to reach maximal target heart rate goal.

Shami believes study findings could apply to a wider population and help motivate those follow recommendations for regular exercise for heart health.

“Our findings reinforce the idea that upbeat music has a synergistic effect in terms of making you want to exercise longer and stick with a daily exercise routine,” he concluded. “When doctors are recommending exercise, they might suggest listening to music too.”

A larger study with greater diversity is needed in order to determine whether offering music during stress testing can help those achieve target heart rates and if it should be recommended as a tool for patients.