911 Heart Drugs Help Some but Not Enough 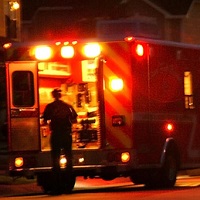 Cardiac arrests outside a hospital are usually fatal and account for 356,000 US deaths per year.

Cardiologists and pre-hospital care teams are working to see how they can save more patients.

However, a recent Seattle, WA experiment with having 911 paramedics administer antiarrhythmic drugs before a patient arrives at the hospital got some disappointing results.

While there was some benefit in patients whose cardiac arrests were witnessed by bystanders or EMS crews, those patients discovered after their attacks showed negligible improvement when they got the antiarrhythmics.

In research presented at the American College of Cardiology’s 65th Scientific Session & Expo in Chicago, Peter Kudenchuk MD and colleagues at the University of Washington compared amiodarone and lidocaine with placebo in adults who had cardiac arrest not caused by traumatic injury. The study was simultaneously published in the New England Journal of Medicine.

There were 3,026 patients at 10 study sites in North America. Paramedics from 55 emergency medical services were involved.

The patients were included if they were in cardiac arrest, were experiencing ventricular fibrillation after receiving a shock from a defibrillator, or had no pulse after receiving the shock. All patients received well-executed CPR.

The primary outcome of the trial was survival and the secondary outcome was favorable neurologic function.

Overall, the patients who got the drugs did only slightly better than those who got a saline placebo.

The survival rates were similarly higher in arrests witnessed by paramedics.

The researchers said those findings in those subgroups did not change their conclusions.

“We found that overall neither amiodarone nor lidocaine resulted in a significantly higher rate of survival to hospital discharge or favorable neurologic outcome than the rate with placebo among patients
with out-of-hospital cardiac arrest due to initial shock-refractory ventricular fibrillation or pulseless ventricular tachycardia.”

Still, they noted, it is possible the trial was too small to accurately measure the drugs’ potential effects and that even though the drugs were given by 911 crews they came too late to be beneficial.

In an accompanying editorial Jose Joglar, MD and Richard Page, MD, suggested that the data do show that EMS crews should consider giving the antiarrhythmics when arrest is witnessed—given the 5% improvement over placebo as cited in the study.