Adherence to Omalizumab Does Not Correlate with Better Response for Asthma 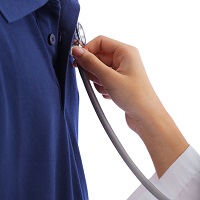 While clinicians should always encourage their patients to follow their medication schedules, it proved not to be a significant factor in the outcomes in patients with asthma taking omalizumab, according to a poster session at the 2015 American College of Allergy, Asthma, and Immunology Annual Scientific Meeting (ACAAI 2015) in San Antonio, Texas.

Omalizumab, branded under the name Xolair, came onto the market in 2003 as an injection to treat asthma. Omalizumab has an allergic component, “This drug is designed for that,” first author Harjinder Singh, MD, from The University of Texas Health Science Center at San Antonio, told MD Magazine. Singh and colleague examined how adherence to the therapy influenced asthma outcomes and response rates.

To find those long-term results in a real-world clinical setting, patients were enrolled from 2004 to 2011. “We captured the data from each and every visit from the 240 patients,” Singh said. Duration of treatment varied from three months to 8.33 years. Compliance to omalizumab was calculated by comparing the number of scheduled injections to how many the patient actually received.

Referring to the fact that patients have to physically come into the office to receive the shot, “That’s why compliance is very important,” Singh said. However, this presents a reason why patients may not adhere to the regimen to a T. The hefty price tag of $600 to $700 a pop could also influence a patient’s treatment plan if it’s not covered.

Forty-two patients were excluded from the results due to lacking history or weren’t on omalizumab for at least three months. The final pool included 100 males and 98 females – 44% children, 27% aged-adults, 18% young-adults, and 11% elderly. When looking at the different age groups, “We concluded there was no difference in response or compliance rate,” Singh confirmed.

Patients were only considered to have significant improvement from the treatment if they had at least 50% improvement in each of the following areas: asthma exacerbations, steroid bursts, emergency room visits, and hospitalizations. Out of the 198 patients, 157 (79.3%) were responders to the treatment. Considering that many studies only get around 70% or sometimes even lower, “That is very, very high,” Singh verified.

A total of 10,128 injections were scheduled and 7,890 were given actually received – an overall 79% compliance rate in the study. However, when it came to the relationship between adherence and response rate, the numbers revealed a surprising disconnection. This suggests that there are other factors that play a role in patient response rates to the medication. The key takeaway, as Singh said, is “There is no direct relationship between less than ideal compliance and response rate to omalizumab therapy.” This certainly doesn’t mean that patients do not have to follow their asthma treatment schedules closely, it just means that the discontinuation of the injection should not be based solely on missed doses.

You May Also be Interested in
Most Popular
The Fear of the Coronavirus, and the Reality of the Flu
Opinion: Fellow Physicians, Please Stop Devaluing Your Medical License
Federal Funding in Pain Research Falls, But Project Pipeline Grows
Data Support Long-Term Efficacy for Opioid Therapy for Chronic Non-Cancer Pain
What Should I Do With This Abnormal ALT?