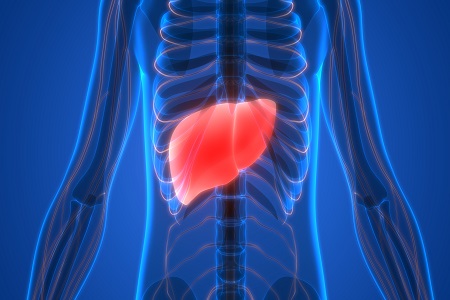 Post-hoc analysis from a pair of completed phase 3 trials shows that terlipressin is associated with an improved overall and transplant-free survival in certain patients with Hepatorenal Syndrome Type 1 (HRS-1).

The new data, from the REVERSE and OT-0401 trials, was presented at the American Association for the Study of Liver Diseases (AASLD) annual meeting (Liver Meeting) in San Francisco, CA, this month. It indicates that HRS-1 patients with lower baseline mean arterial pressure (MAP) responded significantly to terlipressin in instances observed in the randomized, double-blind, placebo-controlled trials.

HRS-1 is a rare, acute complication of liver cirrhosis characterized by life-threatening and rapid progression that can end in renal failure. Terlipressin, a vasopressin analogue, could become the first therapy approved for the treatment of HRS-1 in the US—though its efficacy and safety have no yet been established by the US Food and Drug Administration (FDA).

Investigators pooled and analyzed 307 patients with HRS-1 for the post-hoc assessment. In both trials, patients received terlipressin or placebo plus albumin intravenously once every 6 hours for a maximum of 14 days. Investigators compared terlipressin and placebo in 2 variations of MAP rates: one with MAP <65 mm Hg, the other with MAP ≥65 mm Hg. Calculated with systolic and diastolic blood pressure rates, MAP ascertains whether patients are receiving enough blood flow, pressure, resistance, and supply to their major organs. A lower MAP level is generally more common in patients with decompensated cirrhosis and progressed liver disease.

The findings indicating terlipressin’s benefit for HRS-1 patients with lower baseline MAP was reflected upon with excitement by Steven Romano, MD, chief scientific officer and executive vice president of Mallinckrodt—which sponsored the study. As Romano noted, patients with HRS-1 generally have an extremely poor prognosis and a life expectancy that could be limited to mere days.

“This pooled analysis of data from these two previously completed Phase 3 studies of more than 300 patients provides additional insights regarding the potential effect of terlipressin on key outcomes in patients with low baseline MAP,” Romano said. “We also continue to evaluate terlipressin in our ongoing phase 3 trial, the CONFIRM study."